Don't Miss
Home / Rumors / Report: Devin Booker Could Be Target for Miami Heat If They Strike Out in 2021

Report: Devin Booker Could Be Target for Miami Heat If They Strike Out in 2021 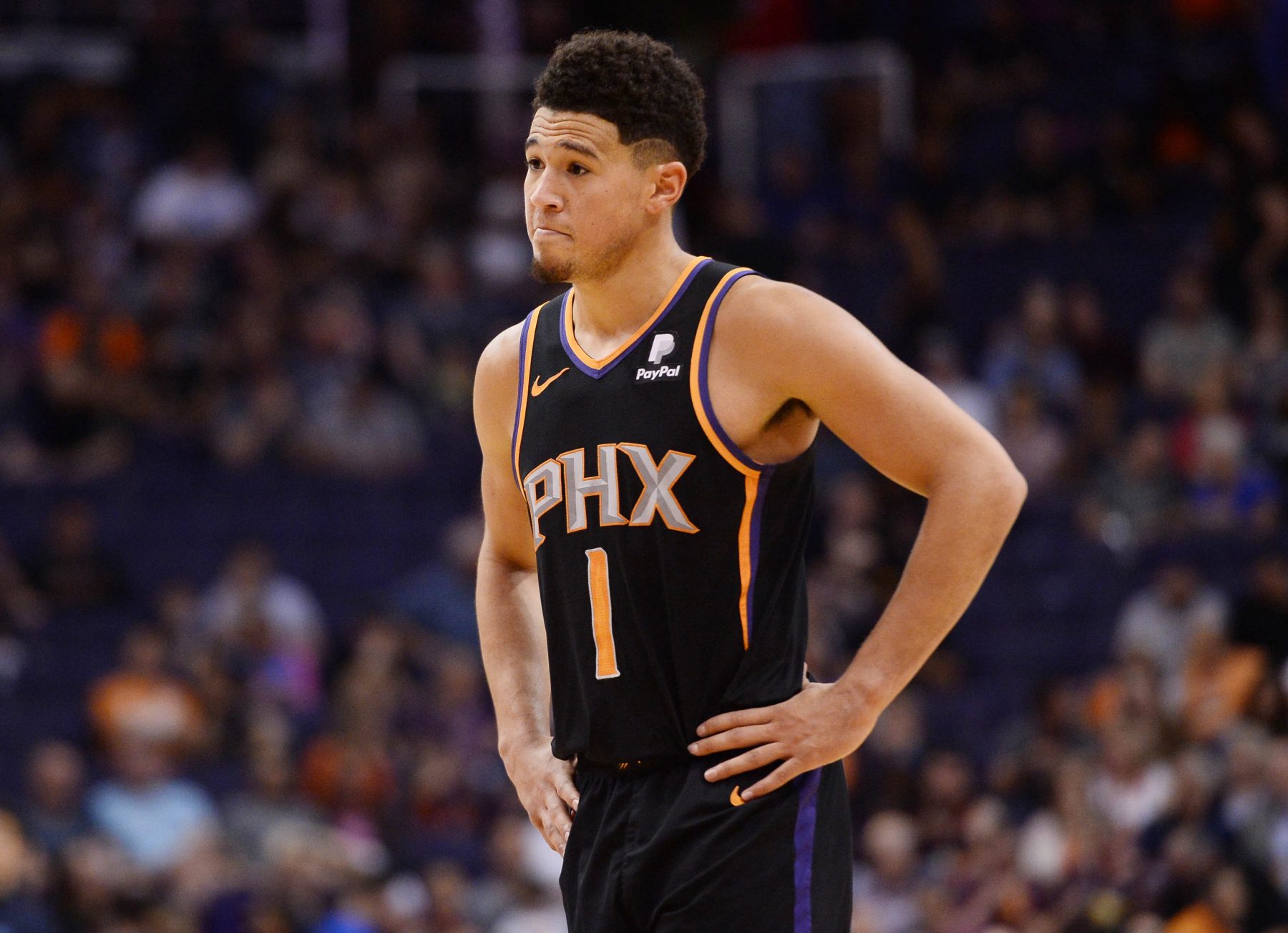 As the Miami Heat continue to rebuild following the retirement of Dwyane Wade, there appear to be several paths towards the team’s next NBA championship.

One of them could involve poaching a young superstar that no one seems to be talking about.

The Miami Herald reported that the Phoenix Suns’ Devin Booker could be an option for the Heat in two years if they’re unable to make good on their primary free agent targets.

“Though [Andrew] Wiggins has been linked to the Heat at times, he’s due $27 million, $29 million, $31 million and $34 million during the next four seasons, which the Heat simply cannot afford when it wants to leave max room for a max player,” wrote Barry Jackson of the Miami Herald. “Plus, there’s the issue of whether it would be wise to reunite him with Jimmy Butler.

“Booker is earning between $29 million and $36 million each of the next five years, so the comment about Wiggins holds true with Booker, too. Perhaps he becomes a trade option if the Heat strikes out in 2021 free agency, depending on Tyler Herro’s growth.”

Yet, he hasn’t been named an NBA All-Star, and he seems to fly under the radar whenever a discussion of the league’s best guards or wings comes up.

Booker signed a contract extension last summer and is under contract until 2024. He’s owed over $30 million in each of the last three years of his deal, which means that the Heat would have to trade for him and possibly give up a good deal of talent in the process.