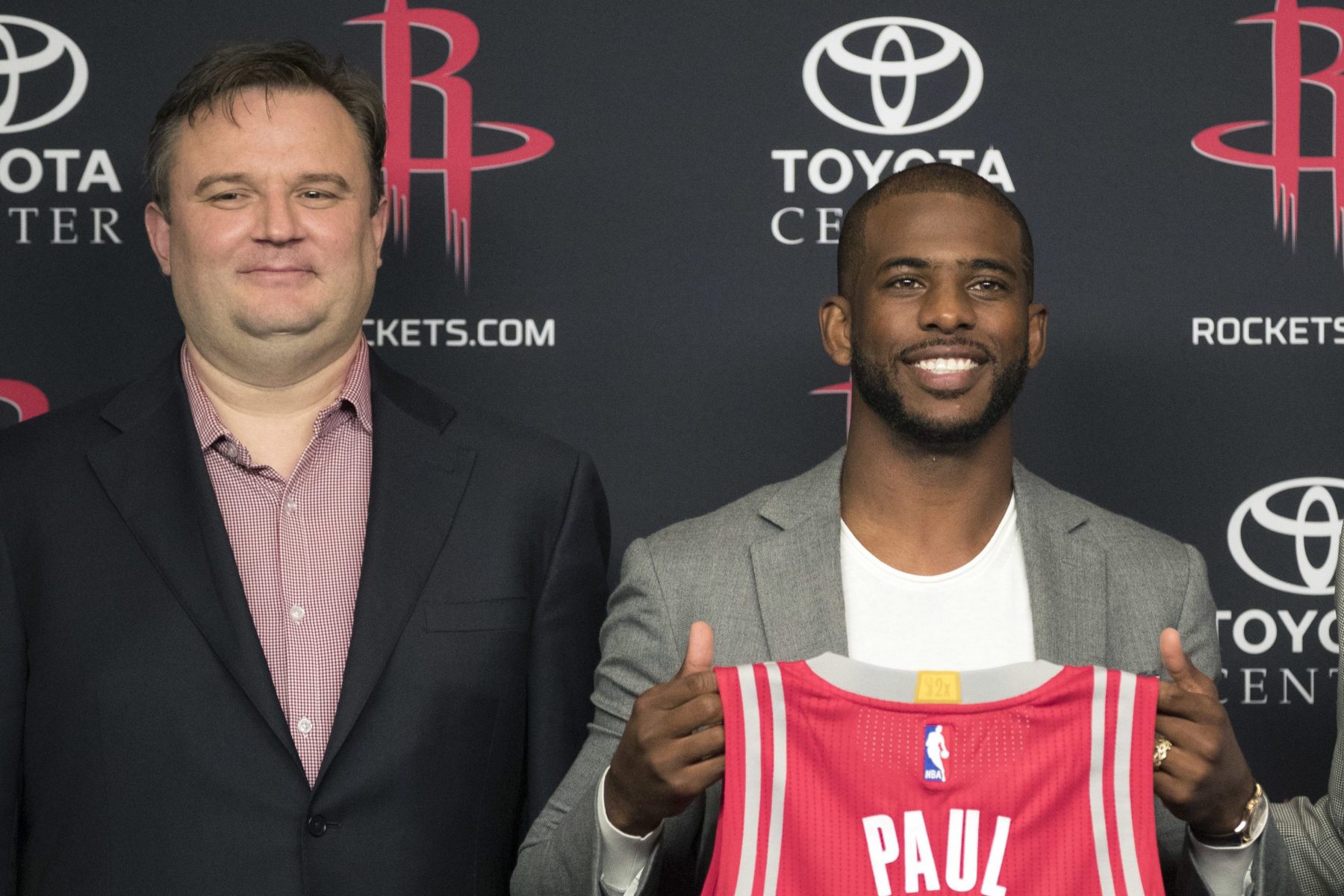 Instead, Paul ended up with the Oklahoma City Thunder, when Morey decided to part ways with the nine-time All-Star to acquire Russell Westbrook.

According to Marc J. Spears of The Undefeated, Morey wanted to add the Heat as a third team in the blockbuster trade.

“Morey declined comment on Paul, saying he was told he wouldn’t be traded to the Thunder, but sources close to the Rockets say Morey told Paul days before the trade there was a ‘slim chance’ he could be dealt to the Thunder and that message may have been misinterpreted,” wrote Spears. “Morey had hoped the Thunder would add a third team, preferably the Miami Heat, where Paul could land on a playoff contender. But no other team joined the Paul-Westbrook deal.”

A tandem of Paul and four-time All-Star Jimmy Butler would have been a devastating combo on the Heat. The duo could have potentially carried Miami to the top of the Eastern Conference by season’s end, provided none of the team’s key players were involved in a trade.

Though they failed to strike a deal for Paul this past summer, the Heat are in a good spot with a 15-5 record, second-best in the Eastern Conference. Turns out, Miami’s front office knew what it was doing when it refused to trade away young players in return for the aging star.