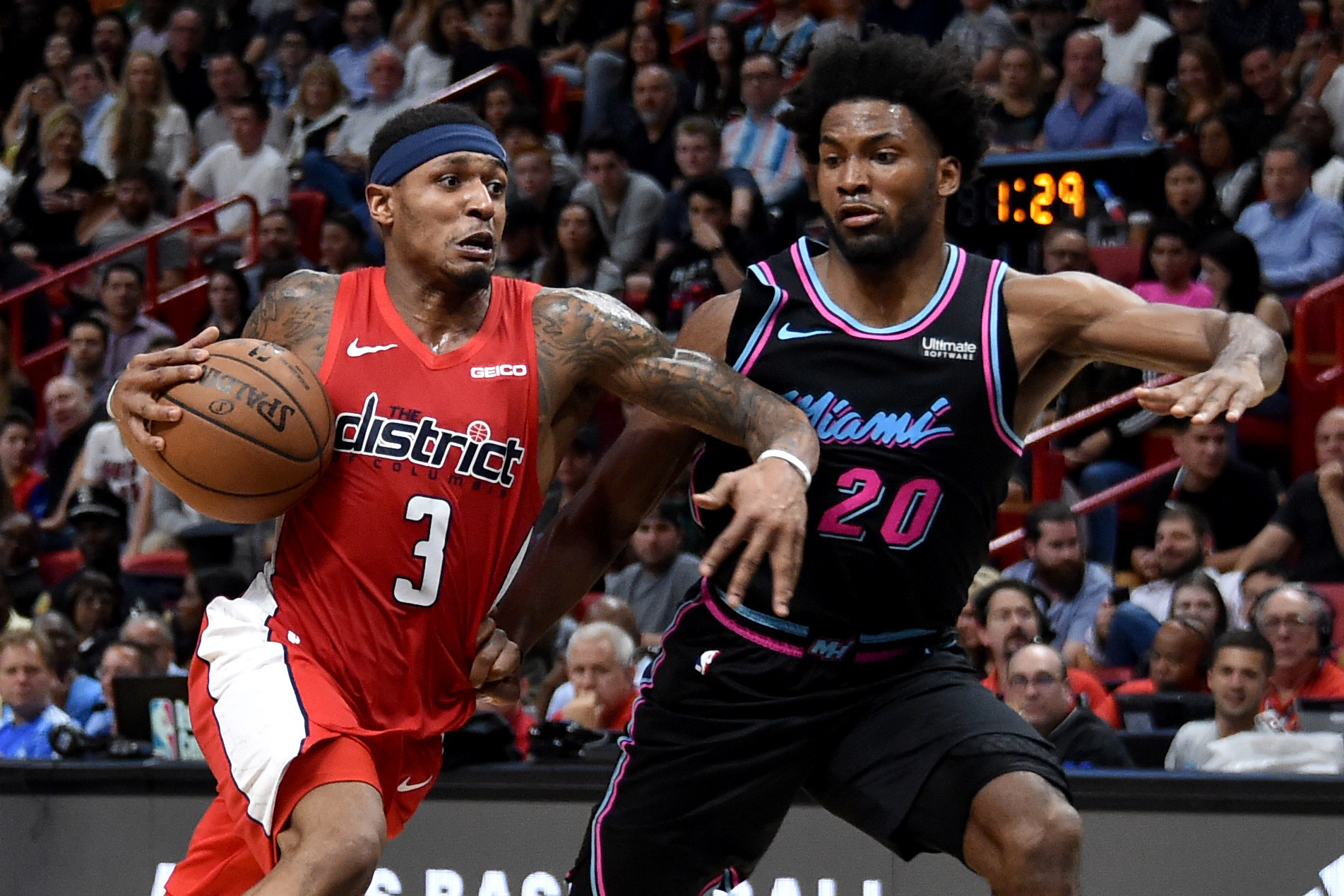 The future of Bradley Beal is very much up in the air, which has led many fans to dream of him joining the Miami Heat.

As Beal decides whether to accept the Washington Wizards’ three-year, $111 million contract extension offer, he is cognizant of the fact that Heat fans are pining for him.

“It’s a great thing that a lot of people love your game and want you on their team,” said Beal on NBC.com. “But I love the situation I have too

“Honestly you might slap me, but I haven’t thought about it. I’m just getting better and letting my agent [Mark Bartelstein and Wizards general manager] Tommy [Sheppard] and everybody else deal with it.

“I just go hoop. Every day I see somebody and they ask ‘Beal, you leaving?’ and I’m like ‘I’m still living in D.C., I ain’t going nowhere.’”

If Beal turns down the Wizards’ contract extension, he would become a free agent in the summer of 2021. If the Wizards feel he is likely to go elsewhere as a free agent, there is a good chance the team elects to trade him so that it can get value in return.

Should Beal be available via free agency in 2021, he would strongly consider signing with the Heat, although the Los Angeles Lakers, Los Angeles Clippers, and possibly a few other teams would be in the running, according to a source close to Beal.

This source also indicated that Beal is expected to see how things go with the Wizards this season before making any decisions on his future, as he still feels some sense of loyalty to Washington.