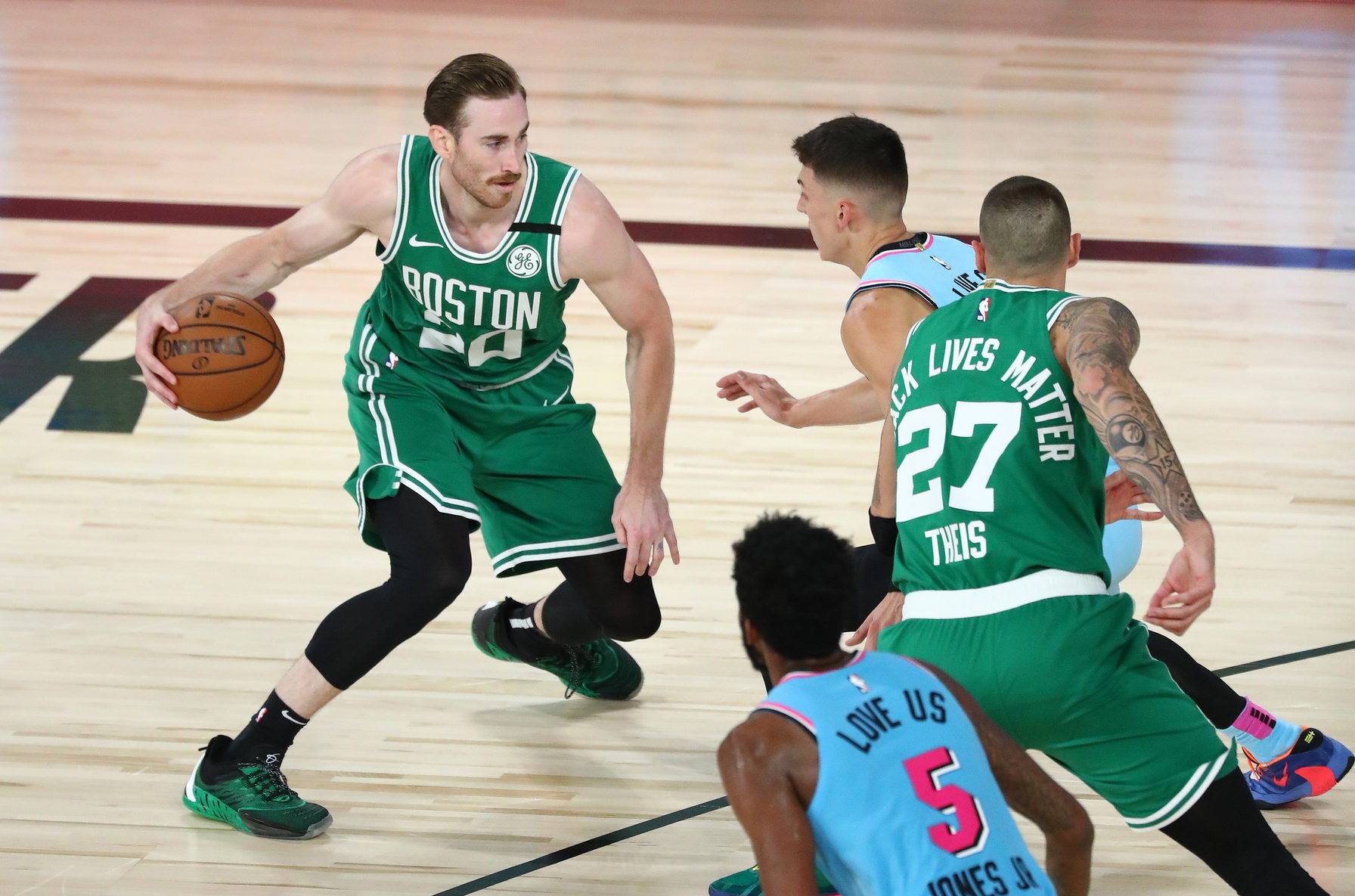 Boston Celtics head coach Brad Stevens provided a huge update on the status of star forward Gordon Hayward ahead of the Celtics’ playoff series against the Miami Heat.

Hayward, who has been sidelined with a serious right ankle sprain, is expected to be available in the Eastern Conference Finals.

Brad Stevens said Gordon Hayward should be available at some point in the Miami series. #Celtics #Heat

During the regular season, Hayward averaged 17.5 points, 6.7 rebounds and 4.1 assists per game. Adding him to an already dangerous Celtics roster should make for an extremely competitive series.

The Celtics advanced to the Eastern Conference Finals after taking down the Toronto Raptors in Game 7 of their second-round series on Friday.

Miami, on the other hand, cruised past the top-seeded Milwaukee Bucks, winning their series in five games.