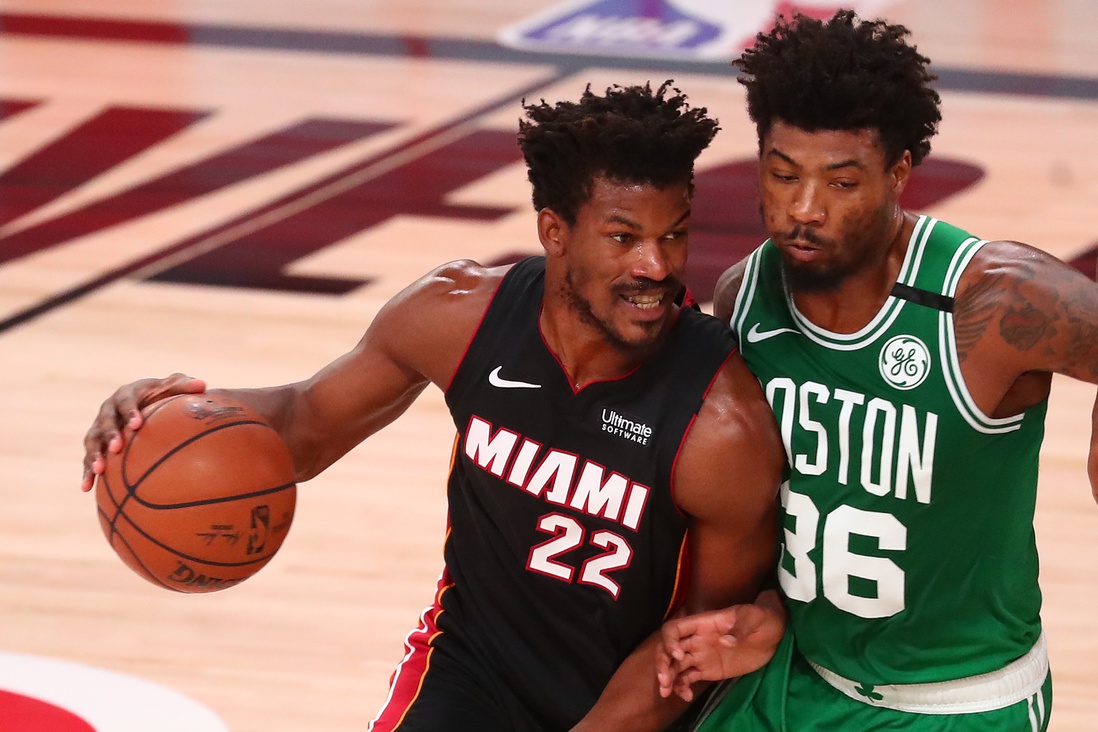 The Boston Celtics have drafted some pretty good players over the years.

“Maybe if Boston had taken Butler with that 27th pick in 2011 rather than JaJuan Johnson — a mistake that gets talked about in Celtics’ front office circles to this day as their most painful miss in recent franchise history,” Sam Amick of The Athletic wrote.

The Chicago Bulls grabbed Butler with the No. 30 pick in the 2011 NBA Draft. The Celtics ended up with Johnson, who was the No. 27 pick in the same draft.

Johnson, who had a strong college career, only played 36 games in the pros. He averaged 3.2 points and 1.6 rebounds in his sole season in the NBA.

Butler, on the other hand, has crafted a phenomenal career. The Marquette University product has career averages of 17.0 points, 5.1 rebounds and 3.7 assists per game.

The 6-foot-7 stud has led the Heat, Bulls, Minnesota Timberwolves and Philadelphia 76ers to the playoffs in different stints. Butler brings a winning and highly competitive culture wherever he goes.

Now, he’s making the Celtics regret their decision not to draft him even more by torching them in the 2020 Eastern Conference Finals.

During Game 4 of the Heat’s third-round series against the Celtics, Butler collected 24 points, nine rebounds and three assists in a 112-109 win.

The Heat have a 3-1 lead over the Celtics.