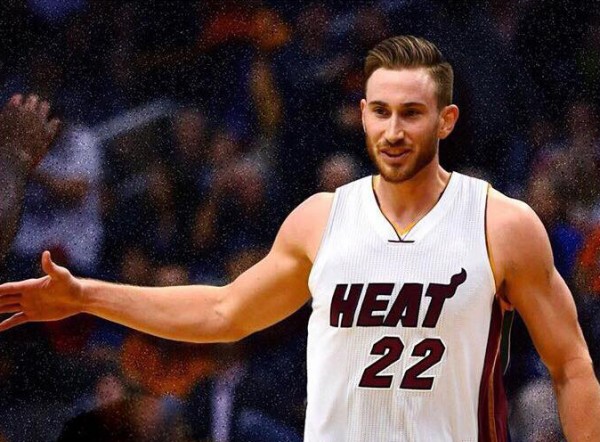 The start of NBA free agency is now less than a week away, with the Miami Heat looking to make a big splash when the time arrives. If the projection of one media outlet is accurate, Miami will be the ultimate destination of Utah Jazz forward Gordon Hayward, one of the biggest names in this year’s offseason.

Chris Roling of Bleacher Report looked at the 27-year-old Hayward’s potential options, which appear to boil down to a three-way competition between the Jazz, Heat and Boston Celtics. In Roling’s opinion, Hayward will end up choosing the Heat.

“The smart money might suggest the Heat. Utah is a quality team mired in a wild conference, and Boston seems to have a bit of a logjam at Hayward’s position, not to mention an apparent hesitancy to make big moves. Miami has the weather, (Hassan) Whiteside and (Pat) Riley going for it, with the team one superstar arrival away from making it a serious contender in the Eastern Conference again.”

Staying with the Jazz could happen, even if Hayward’s lack of recognition on an All-NBA squad means that he’s not eligible for a super-max contract. However, he could still be offered a five-year contract for as much as $175 million from the Jazz, though that’s far from a certainty. Plus, with the Golden State Warriors’ potential dynasty likely blocking Utah’s path for at least the next few years, Hayward may see playing for an Eastern Conference team as an easier way to at least get to the NBA Finals.

The Boston Celtics have Brad Stevens as their head coach, which would reunite Hayward with his coach at Butler University, where the team reached the NCAA Finals two years in a row in 2010 and 2011. Hayward was a part of that first squad, with the Bulldogs coming up just short to Duke University.

The Heat have the cap room to sign Hayward without being penalized by the luxury tax, though that price is still expected to be in the range of approximately $30 million per year. Both Boston and Miami, as well as any other team other than Utah, can only offer him a four-year deal.