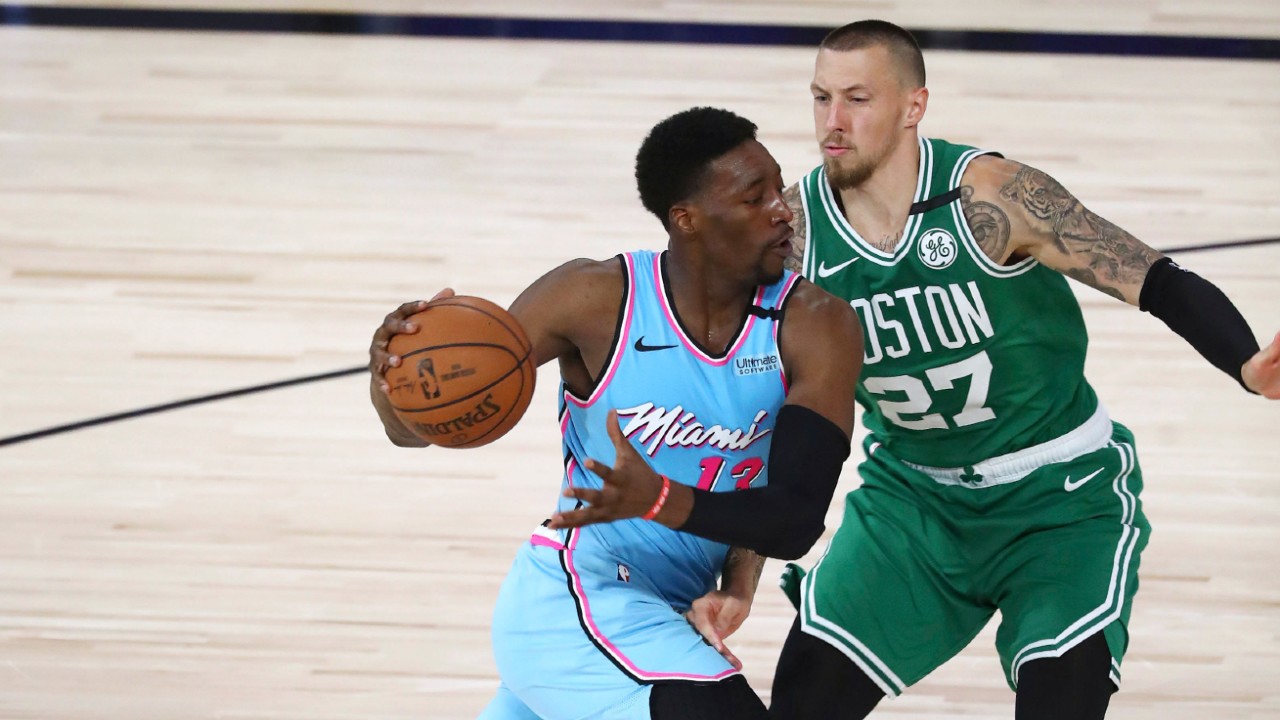 In looking at the upcoming Eastern Conference finals between the Miami Heat and Boston Celtics, an anonymous NBA scout offered a questionable opinion by stating that the Celtics’ Daniel Theis was just as good as the Heat’s Bam Adebayo.

Josh Robbins of The Athletic wrote that the anonymous scout assessed the different matchups in the series and indicated that Theis is an underrated player who is Adebayo’s equal.

“The (Daniel) Theis-(Bam) Adebayo matchup? That’s sort of a wash,” the scout said. “Theis is maybe the most underrated player in the league. He’s really good.”

The 28-year-old Theis is in his third season with the Celtics after having played internationally and starting all but one of the games he played during the 2019-20 campaign.

In his 65 regular season games this season, Theis averaged 9.2 points, 6.6 rebounds, 1.7 assists and 1.2 blocks per game, all career-highs. In his 11 playoff games during this postseason, those numbers have remained largely the same.

Adebayo is also in his third year in the NBA, drafted by the Heat with the 14th overall pick in 2017.

The 23-year-old Adebayo has also taken major steps this season, but his numbers stand out much more than those of Theis.

During the Heat’s nine playoff games this season, Adebayo has improved on those double-double numbers by averaging 16.2 points and 11.7 rebounds per game.

Besides the obvious disparity in statistical numbers, Adebayo also has the edge when it comes to All-Star appearances, making the annual game for the first time this season. In contrast, Theis still awaits his first selection.

While the two players won’t decide the respective fates of their teams by themselves, the numbers they deliver during the course of the matchup could make the difference regarding which team wins.

Given this assessment, it seems likely that Adebayo will have even more motivation to change minds across the NBA about his value. That includes that of the anonymous scout who may end up regretting his analysis.