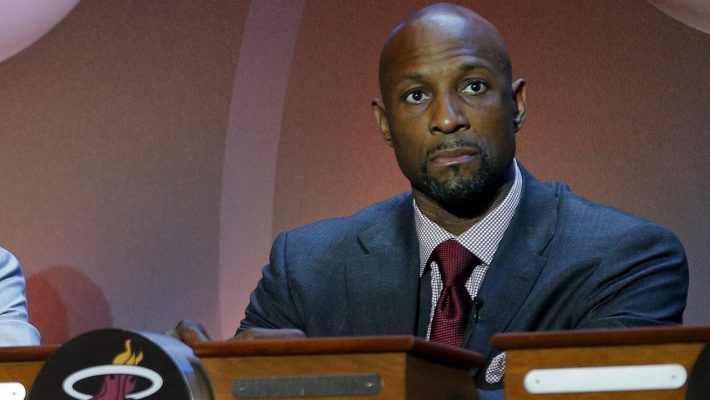 In July 2010, the Miami Heat pulled out all the stops to assemble their “Big 3.”

This included the presence of Alonzo Mourning, a key contributor to the team’s first NBA championship in 2006, during their meeting with LeBron James.

As the 2010 free-agency period opened, James, Dwyane Wade and Chris Bosh were determined to play together on the same team.

James heard pitches from the Heat, Bulls, New York Knicks, Cleveland Cavaliers and then-New Jersey Nets. Every team offered to pair James with one other superstar, except the Heat, who had cap space for three superstars.

The timeline of the entire process was described by Brian Windhorst of ESPN, along with some details of James’ meeting with Mourning and Heat president Pat Riley.

“The next morning, the Heat representatives arrived early to prepare,” wrote Windhorst. “Riley, [Andy] Elisburg, coach Erik Spoelstra, Mourning, owner Micky Arison and his son, Nick, then a vice president, showed up 45 minutes before James. Riley paced the hallway with nervous energy. The velvet bag with the rings came out again.

“During the presentation, Mourning shed tears talking about the organization’s support when he needed a kidney transplant and the joy of later winning a title. But two pieces anchored the pitch: the explanation of playing in Florida, where there’s no state income tax (and what that would save in salary and endorsement income), and the plan to unite James, Wade and Bosh.”

Since becoming team president in 1995, Riley has made the Heat into a family, much as he did with the Showtime Los Angeles Lakers as their head coach in the 1980s.

Mourning missed much of the 2000-01 season due to his kidney ailment. He announced he was retiring from the NBA in late 2003, and he subsequently received a kidney transplant.

Mourning, however, returned to the league shortly thereafter, signing a new contract with the Heat late in the 2004-05 season.