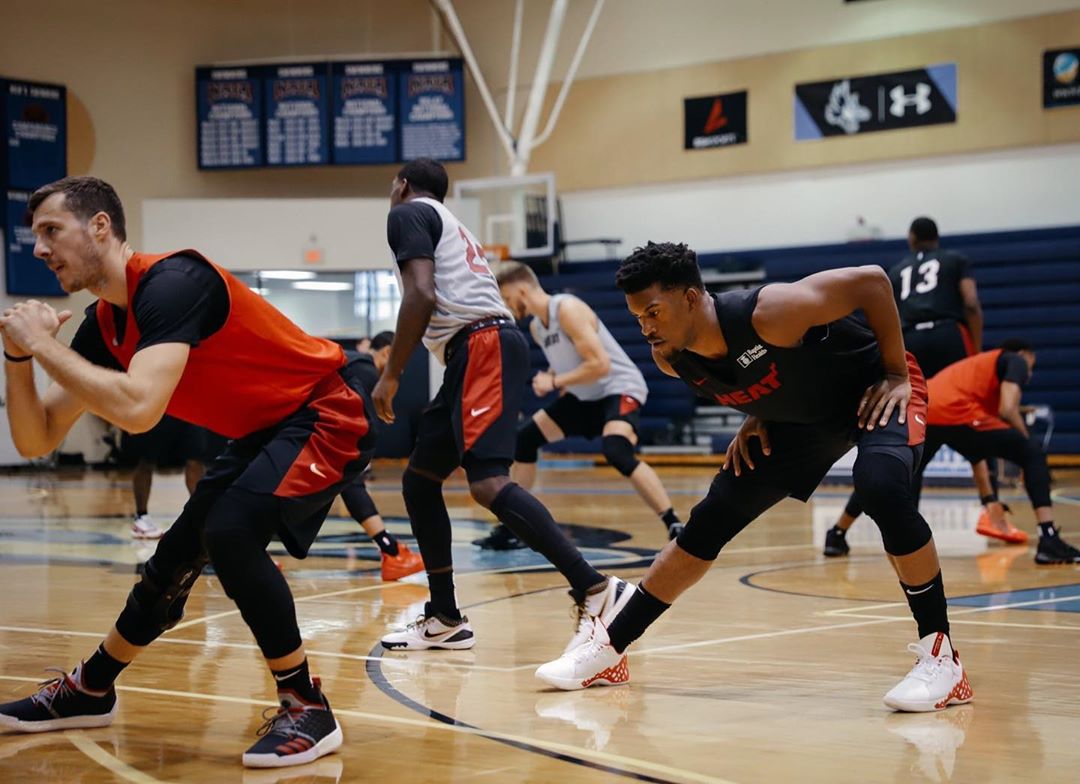 The Miami Heat opened up their practice facility on Wednesday.

According to Ramona Shelburne of ESPN.com, 12 players from the Heat participated in socially-distanced workouts.

The Miami Heat were able to open their practice facility today, according to sources. 12 players went in for voluntary, socially distanced workouts.

The NBA immediately suspended the 2019-20 season after Utah Jazz center Rudy Gobert tested positive for the novel coronavirus back in March.

In the days following the major announcement, several players from multiple different teams also contracted the virus. Furthermore, the virus exploded all over the country.

As a result, the NBA has been out of commission for over two months. Yet, despite major health concerns, most players are eager to get back to action.

The Heat are fourth in the Eastern Conference at the moment. Before the deadly halted the season, the team was adjusting to integrating newcomers Andre Iguodala, Jae Crowder and Solomon Hill to the squad.

While the sample size is small, the Heat are primed to be one of the contenders in the Eastern Conference when resumption occurs.

There is no official timetable for when the league will continue the 2019-20 season.