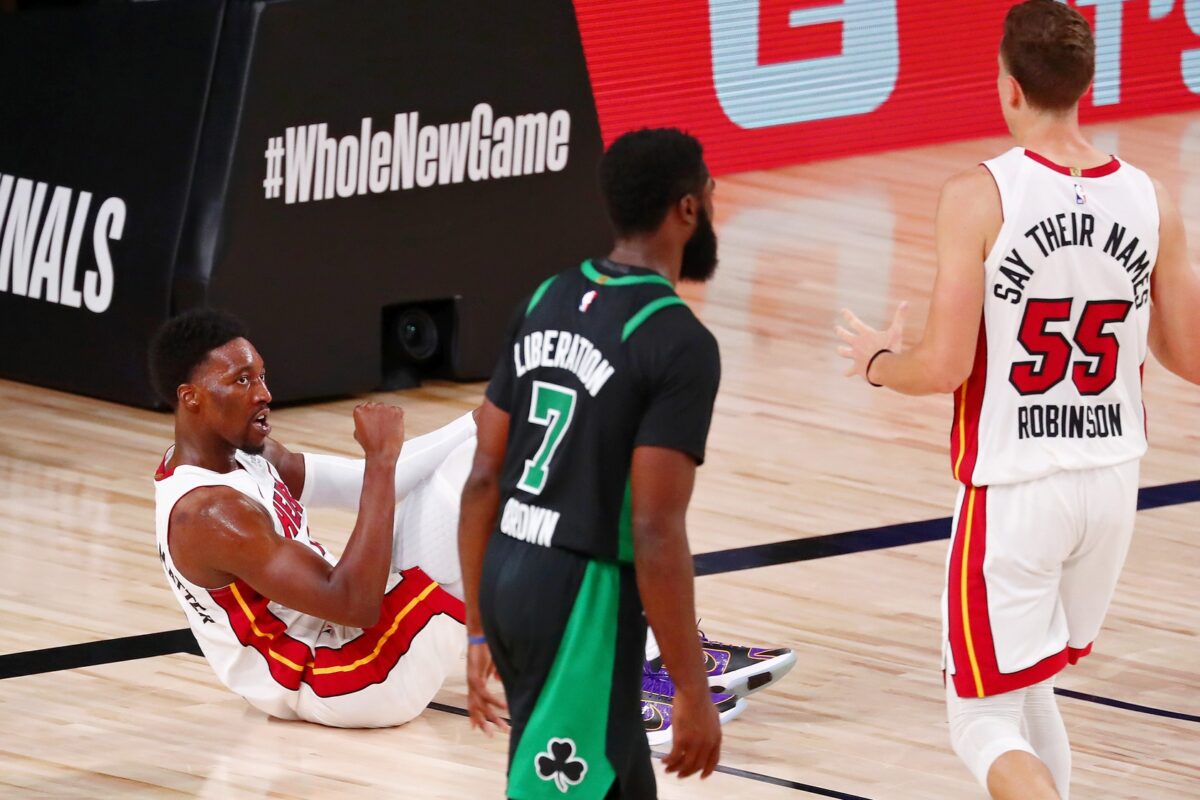 The Miami Heat are now two wins away from making it back to the NBA Finals. Erik Spoelstra’s squad was able to pull off yet another comeback in the playoffs to beat the Boston Celtics in Game 2 on Thursday night.

In an effort to get things turned around defensively in Game 2, Spoelstra challenged Bam Adebayo to step it up on that end of the basketball floor. The young center talked about what his head coach told him in the second half after the game.

Bam Adebayo, “coach came up to me in the 3rd and said I need all defensive team Bam.” Gives credit to Spo for getting him going.

Following a second straight win over the Celtics, the Heat have won 10 of their 11 games played in the playoffs thus far. Miami continues to defy the odds as a team that has been as impressive as any in the NBA bubble.

Along with Tyler Herro and Duncan Robinson becoming household names, Adebayo continues to prove he’s one of the best frontcourt players in the league.

The Heat may still be labeled as underdogs in this series, and that likely won’t change regardless of their next opponent if they are able to advance to the NBA Finals. Still, the team is as resilient as ever with no intention of leaving the bubble early.

Game 3 of the Eastern Conference finals will take place on Saturday with the Heat aiming to take a commanding lead on the Celtics. It could be a make-or-break game for Boston with Miami now in complete control with some insurance of having two wins to its credit moving forward.