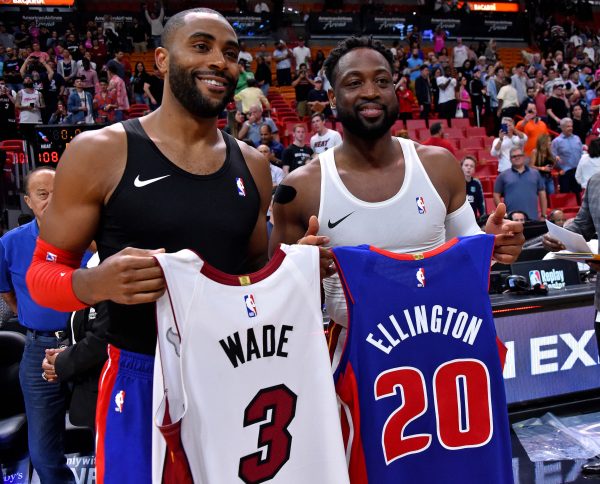 Wayne Ellington and the Detroit Pistons were crushed by Dwyane Wade and the Miami Heat on Wednesday night, but the 108-74 defeat at the hands of his former team didn’t sour Ellington’s mood.

Following the game, the veteran shooter reflected on what it meant to play alongside Wade in Miami.

“It’s been an honor to play with D-Wade this past year and some change, and to get to know him as a person has been even better, just to know what type of guy he is off the floor,” Ellington said. “He’s one of the more selfless superstars this game has seen, and obviously what he’s done on the court doesn’t really need to be spoken about. He’s phenomenal, man, and I’m glad I got a chance to spend that time with him.”

While Ellington was a valuable member of the Heat’s rotation last season, he saw a large reduction of his minutes this season before being sent to the Pistons in a trade prior to last month’s trade deadline.

Since joining the Pistons, Ellington has seen a huge uptick in his usage and production. In Wednesday’s game, Ellington scored 11 points in 25 minutes. Wade enjoyed similar production in the game, scoring 11 points in 22 minutes.

Following the game, Ellington participated in what has become Wade’s customary postgame jersey swap. While the result of the game surely didn’t go how Ellington would have hoped, it seems he quite enjoyed being on the court with his former teammates once again.
[xyz-ihs snippet=”HN-300×250-TextnImage”]