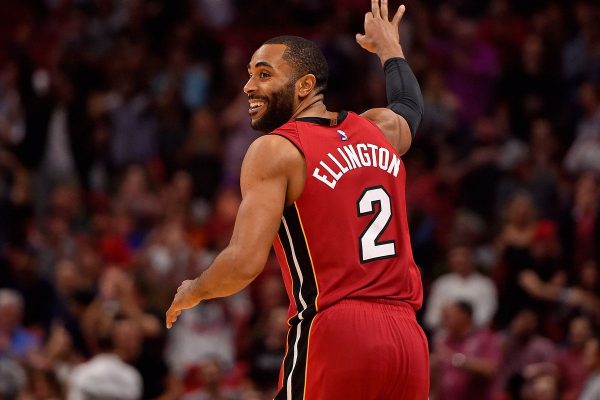 New York Knicks shooting guard Wayne Ellington revealed recently that playing for the Miami Heat has made his skills more valued than ever.

Ellington played for the Heat for two and a half seasons before he was traded to the Detroit Pistons before last season’s trade deadline. In his 164 games in a Miami jersey, Ellington averaged 10.5 points, shooting 38.4 percent from behind the 3-point line.

The Knicks are his ninth team in 10 years, but his time in a Heat uniform appears to have had a positive effect on his career.

“I think it took me a little bit of a while really to find my niche,” Ellington said. “When I got to Miami I was able to show what I’m capable of and I was there for two and a half years, so I spent a good amount of time there. And then last year I spent a half-season in Detroit. Since I got to Miami there hasn’t been as much movement for me. I feel like my skillset has started to become valued since I was in a Heat uniform and thing (sic) have been different for me.”

The Heat could have traded the 10-year veteran last February to a title contender where his outside shooting would have been extra valuable, but none of the league’s top teams were able to secure his services.

He ended up with the Pistons instead, averaging a career-best 12.0 points per game.

Now, Ellington will be playing for the Knicks who are looking to improve on their 17-65 showing last season. He will be counted on to provide scoring as well as leadership to a young team that has signed seven free agents this summer.