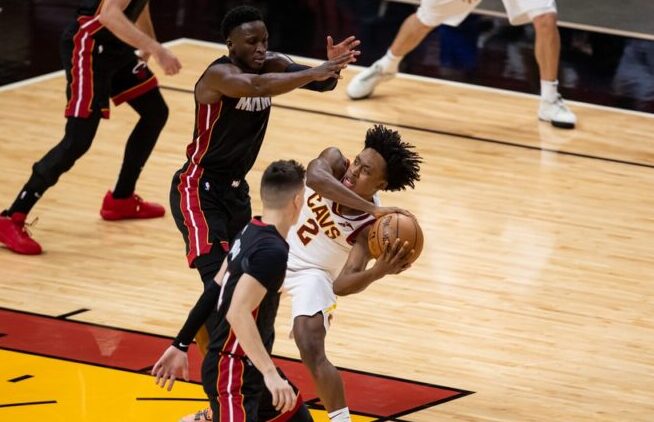 Miami Heat newcomer Victor Oladipo has proven to be capable of being an offensive dynamo throughout his NBA career.

Beyond that, he can also be a dominant guard on the defensive side. On the heels of a four-game winning streak, Oladipo discussed why he thinks the Heat defense can flourish.

“It’s probably the first time we have guys who can guard so many positions and do so many different things defensively, that we can make it tough for teams,” Oladipo said as the Heat prepare for a game against Memphis Grizzlies.

For Oladipo, he believes that being surrounded by other elite defenders, such as Jimmy Butler and Bam Adebayo, will lift the team up as a whole. In fact, he believes it can be downright special.

“It’s so many entities in our defense that make it tough for guys. So I think that’s why it’s special and can be very special.”

Surely, his production will increase as his comfort within the Heat’s system grows. While defense may be something that the Heat can rely on for now, they’ll surely look to integrate Oladipo into the offense further in the coming weeks leading up to the postseason.