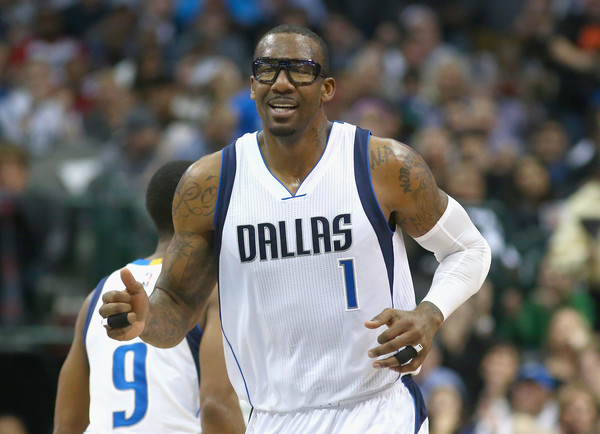 The Miami Heat have six newcomers currently on the 2015-16 roster and every Heat fan is wondering what to expect from each one of them as we approach the new season.

A veteran Eastern Conference scout spoke to the Sun Sentinel’s Ira Winderman in regards to player evaluations of each of the six players. He concluded that Miami’s additions this offseason were better in comparison to the ones they had last offseason.

While he had positive things to say about the team’s major free agent signings in Gerald Green and Amar’e Stoudemire, he had mixed feelings in regards to the Heat’s draft picks, Justise Winslow and Josh Richardson.

In regards to Winslow, the scout stated the following:

“His shooting is still problematic. I think it’s going to be a stretch for him to consistently make threes, at least early on. If he gets open threes with his feet set, he could be OK. He’s not an unbelievable athlete. His reputation as a great defender is definitely going to be tested.”

The veteran scout was a bit more positive in regards to the Heat’s second-round draft pick, Richardson:

“He was better in the summer league than college. He can guard. He can really defend. That’s a big deal. He’s a decent point guard. He’s got good size. He’s a good athlete. I think he knows how to play. Is he a third-string one? That’s what he is now. His defense and size and athleticism are all pluses.”

In regards to Stoudemire, he noted that the veteran big can still score on the block and contribute versus second-line guys. When it pertained to Green, the Eastern Conference scout mentioned his ability to knock down threes and get on hot streaks.

He also talked about the Heat’s most recent signings, Keith Benson and Corey Hawkins. Both players are lesser-known names and they may have a hard time making the team’s 15-man roster. Nonetheless, the scout praised Benson, a 6’11” center who has played three career NBA games:

“He hasn’t been that far away from making it for years. He can score. He’s pretty skilled. He’s been around. He’s a little older. Maybe they saw something. He’s got some offensive ability. I don’t see him as a big-time defensive-presence guy.”

When it pertains to Green, Stoudemire, Winslow and Richardson, all four players are expected to be key cogs of the rotation this upcoming season.

It is absolutely instrumental that each player lives up to their billing if the Heat are to return to contender status next season.
[xyz-ihs snippet=”Responsive-Ad”]