“He was not going to let us lose,” Barea said of the 2011 NBA Finals series between the Heat and Mavs. “The way he prepared the whole year for it. He hated Miami, he hated LeBron [James], [Dwyane] Wade, [Chris] Bosh.

Now, Heat lifer Udonis Haslem has responded to the story in a fashion that Miami fans will love. Haslem took to social media to speak his mind about Nowitzki’s gripe. 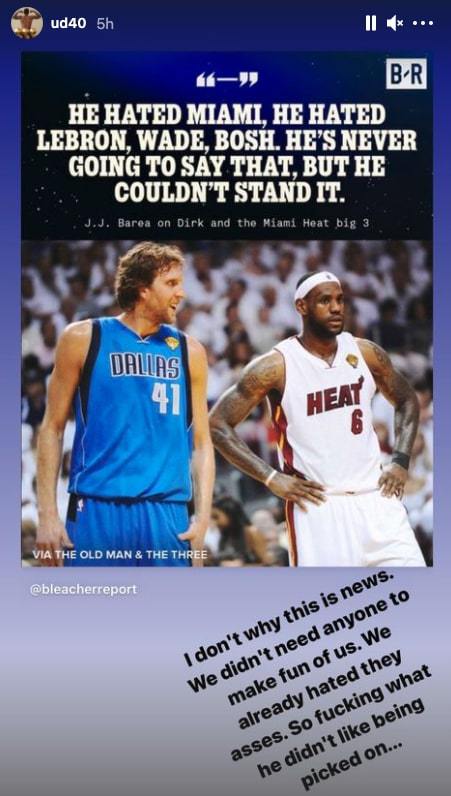 Haslem is known for his tough approach to the game. His old-school approach has rubbed off on his Heat teammates for years. It’s one of the many reasons why he’s still a valued member of the roster despite rarely seeing time on the court.

As for the hate that the Heat received during the Big 3 era, there were likely many stars across the league that weren’t fond of the trio of Wade, James and Bosh.

After all, in the four seasons that the three led the Heat, Miami advanced to four NBA Finals appearances and won two titles.

The Heat are looking to win their first title since that era this season.