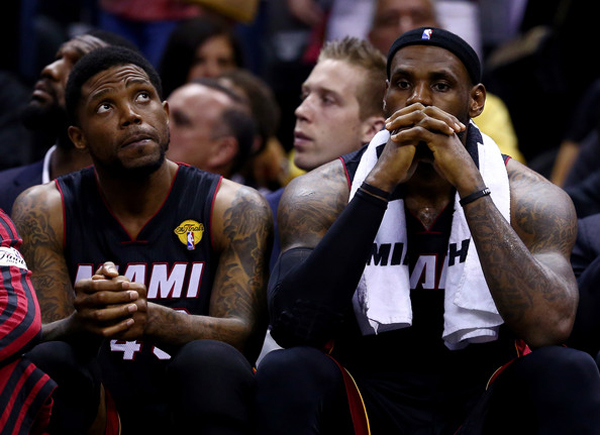 Haslem noted that during his discussions with former teammate LeBron James they had not discussed the trade specifically, but the move reflected the mentality of the younger players in the league.

The 15-year NBA veteran has been a cornerstone of the Heat franchise, but never grabbed any headlines on regular basis, especially playing beside former teammate Dwyane Wade. The experience of playing alongside superstars, especially during the Big 3 era, helped Haslem understand the importance leading of team without being the best player on the squad.

Morever, Haslem also told WQAM that this year’s Heat team is as hungry to win as ever, even after some of the team’s core players signed big contracts in the offseason.

The Heat’s captain has seen it all during his time in the NBA and will play a key role in guiding the team this season.
[xyz-ihs snippet=”Responsive-ImagenText”]