Udonis Haslem Speaks on His Future With Miami Heat 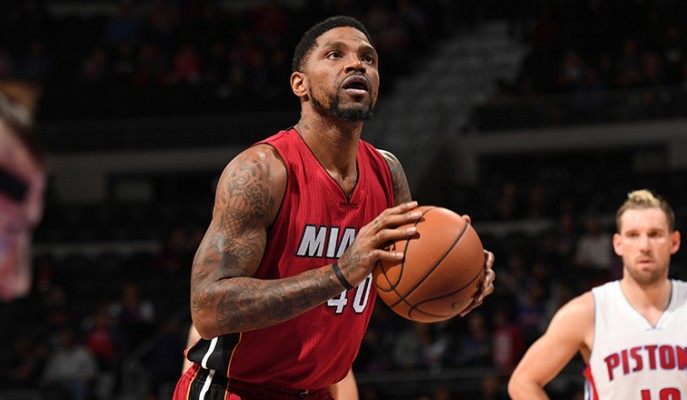 While most Miami Heat fans are focused on whether or not Dwyane Wade has played his last game in the NBA, there is another Miami icon that may have played his final minutes of pro ball as well.

As he heads into his 15th NBA offseason, Udonis Haslem will have to decide if he wants to continue his career. For Haslem, the decision is not about the money or career accolades anymore, it’s about something much more personal.

“For me, it’s about having no regrets.”

While Haslem contributed very little on the court this season, finishing the season with a total eight points, 10 rebounds, and five assists, his veteran presence certainly adds value. Perhaps that is why the longtime pro feels he could continue on past the 2017-18 season. That is also why, ultimately, he feels the decision regarding his future isn’t just his to make.

“Right now, the decision is based on my family. I really haven’t thought about it. I’m enjoying my dogs and my family and just having a good time right now.”

He continued to discuss a potential future within the Heat organization. While he hasn’t addressed a future in coaching, his recent mentorship role has certainly helped prepare him for that path if he should choose to pursue it.

“I always want to be a part of this organization, close to these guys,” he said. “It’s definitely a conversation to have. I have a lot of energy and it has to go somewhere.

“If you don’t use it, you lose it. I have to put this energy somewhere, when I do decide to make that decision.”

While basketball will always hold a special place in his heart, Haslem did admit that spending time with his family has become his primary concern.

“I’m always going to be a competitor,” he said. “I’m going to give everything I have to these guys and the organization. Right now, my family is the most important thing.”

Finally, the three-time NBA champion commented on the possibility that he and Wade could call it quits in the same offseason.

“When it’s someone you genuinely care about, you support the decisions they make,” he said. “Our relationship goes beyond the game of basketball. Do we want to retire together? In a perfect world, it would be great to finish it together. But things don’t always work out like that.”