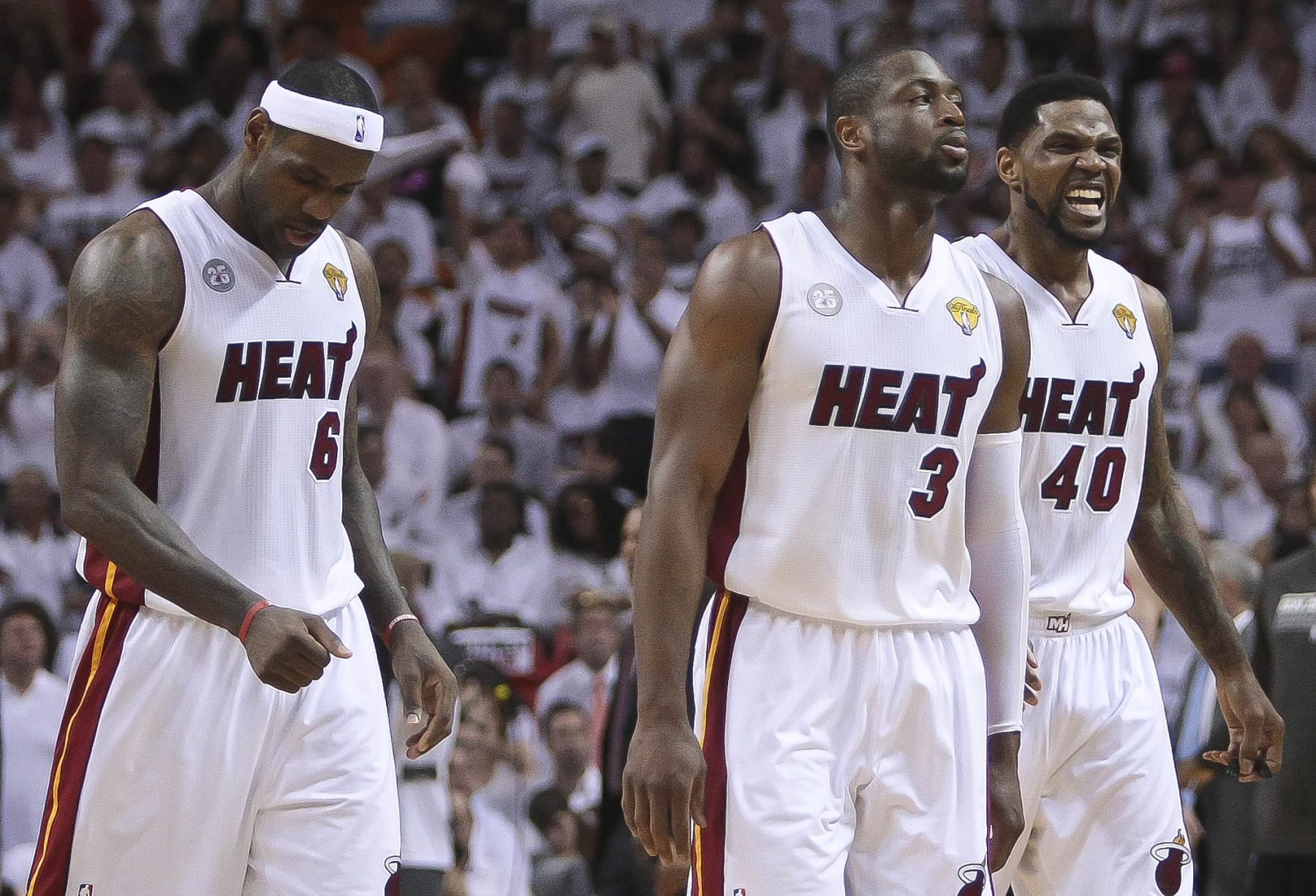 Miami Heat icon Udonis Haslem is not one to mince words.

During a recent episode on “The Dan Le Batard Show With Stugotz,” Haslem revealed that former Heat superstars LeBron James and Dwyane Wade were the cheapest guys he’s ever played with.

“LeBron and Dwyane were the cheapest players I ever played with,” Haslem said. “They haven’t had to pay for anything since they were 12. When the check came they just looked around.”

While both future Hall of Famers may not pick up the bills, they are certainly among the most prosperous players in the NBA world.

In fact, James, 35, is one of the richest athletes in sports history.

The four-time MVP’s career earnings surpassed $1 billion after signing a contract with the Los Angeles Lakers in 2018.

Wade, who is also one of the wealthiest men in NBA history, has earned hundreds of millions of dollars throughout his career.

However, despite being the Heat’s all-time leading scorer, he has never been the franchise’s highest paid player during a given season.

In 2016, Wade took umbrage at the franchise’s lack of financial priority with him and infamously left the Heat for the Chicago Bulls.

Haslem, on the other hand, hasn’t made a ton of money in comparison to the other Heat greats. Yet, he is extremely cherished and respect by the fan base.

While the veteran had the opportunity to go to other teams for more lucrative contracts, the Heat’s all-time leading rebounder chose to stay in Miami.