Miami Heat veteran Udonis Haslem took some brief time away from basketball to salute Miami Dolphins wide receiver DeVante Parker for being ejected from Sunday’s game against the Cincinnati Bengals. 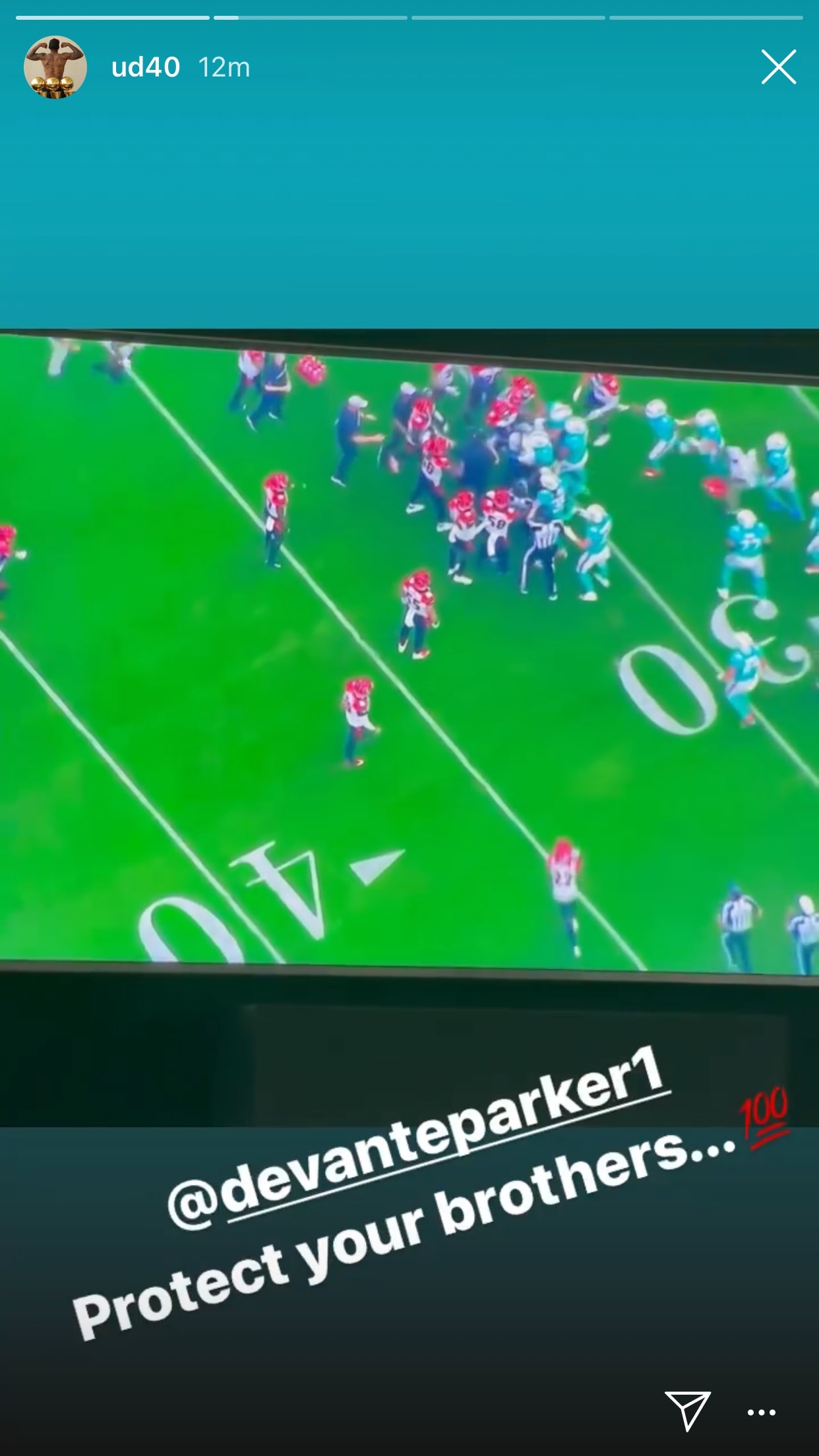 Parker and teammate Mack Hollins were ejected in the aftermath of a brawl that was sparked when the Dolphins’ Jakeem Grant was hit by the Bengals’ Mike Thomas before he had an opportunity to catch the ball.

Haslem is set to begin his 18th season in the NBA and has often emphasized the need for teammates to stick together, even if it includes getting ejected to emphasize that point.

As a native of Miami, Haslem has kept close tabs on all aspects of the local sports scene, with this latest instance something that truly struck a chord with the revered veteran.