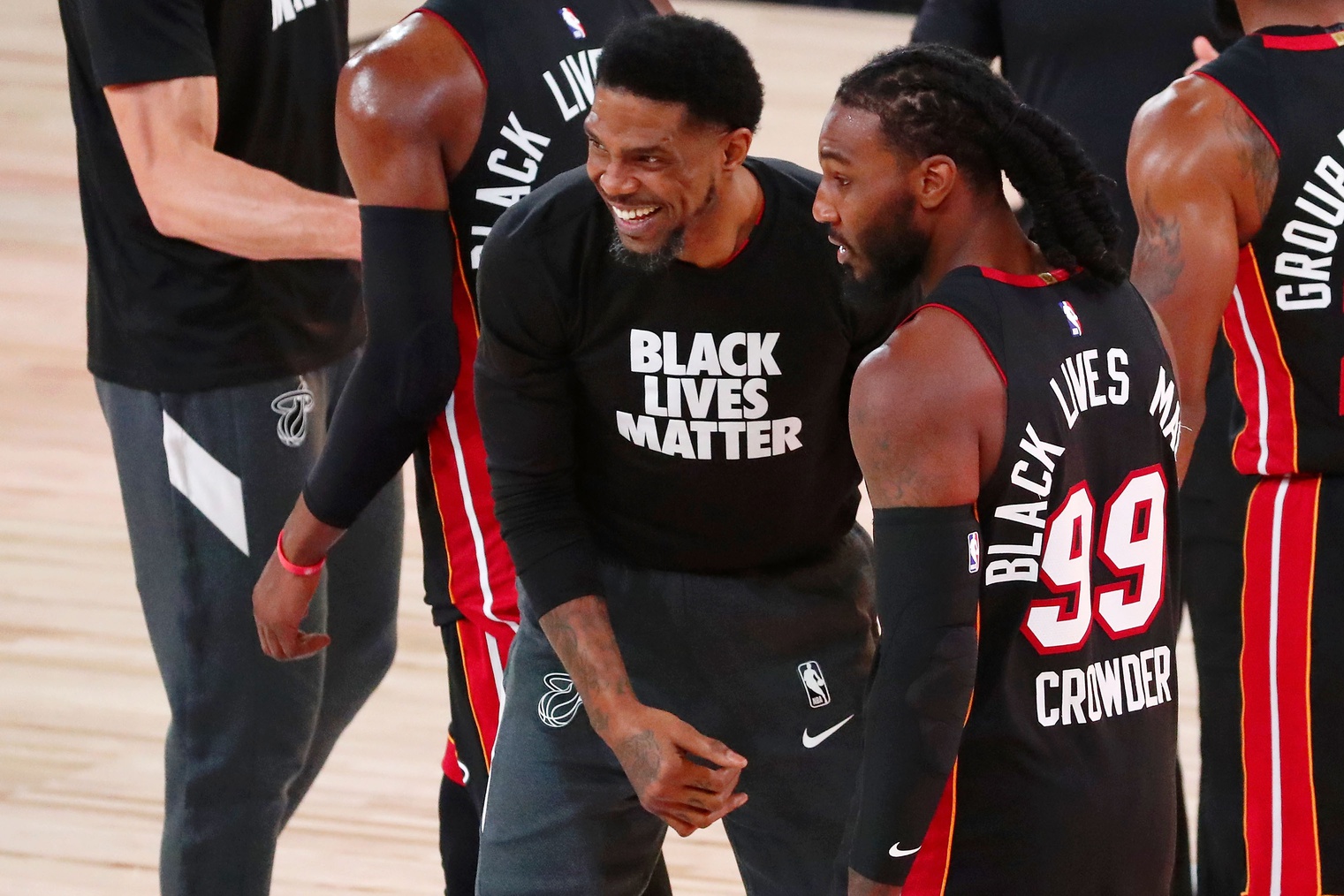 Miami Heat veteran Udonis Haslem is confident about his team’s chances in its second-round playoff series against the Milwaukee Bucks.

In fact, the legendary veteran believes that the Heat are built for what lies ahead.

Udonis Haslem – The Captain, Mr. Miami, Mr. 305 himself – on the Heat: "This team is built for the bubble. … The Miami Heat are built for anything."

Haslem added that he believes the team has only grown stronger since the 2019-20 season restart.

Udonis Haslem on Heat, "I think this team has definitely grown closer together through everything that has gone on in 2020." And. "This team has found a way to continue to grow stronger and grow closer."

The Heat’s best-of-seven Eastern Conference semifinal series against the Bucks will get underway on Monday, with the Heat still undefeated in the postseason after sweeping the Indiana Pacers in four games.

The Bucks, who compiled the best record in the NBA this regular season, advanced in the postseason after vanquishing the Orlando Magic on Saturday by a score of 118-104.

The success enjoyed by the Heat thus far, coupled with the unique situation of playing within the NBA’s bubble, help serve as the chief reasons for Haslem’s confidence.

Ordinarily, the Bucks would have home-court advantage in the series, but with no fans in attendance because of safety protocols, the contests will essentially be on a neutral court.

In addition, the Heat’s culture of bringing an aggressive approach to the court paired with the intense focus of players like Jimmy Butler could help the Heat spring an upset.

Haslem, a 17-year veteran who’s spent his entire career with the Heat, figures to see little action during the upcoming series, if any.

However, his ability to connect with his teammates and his memories of being part of the franchise’s three NBA titles will serve as a potentially valuable contributions.