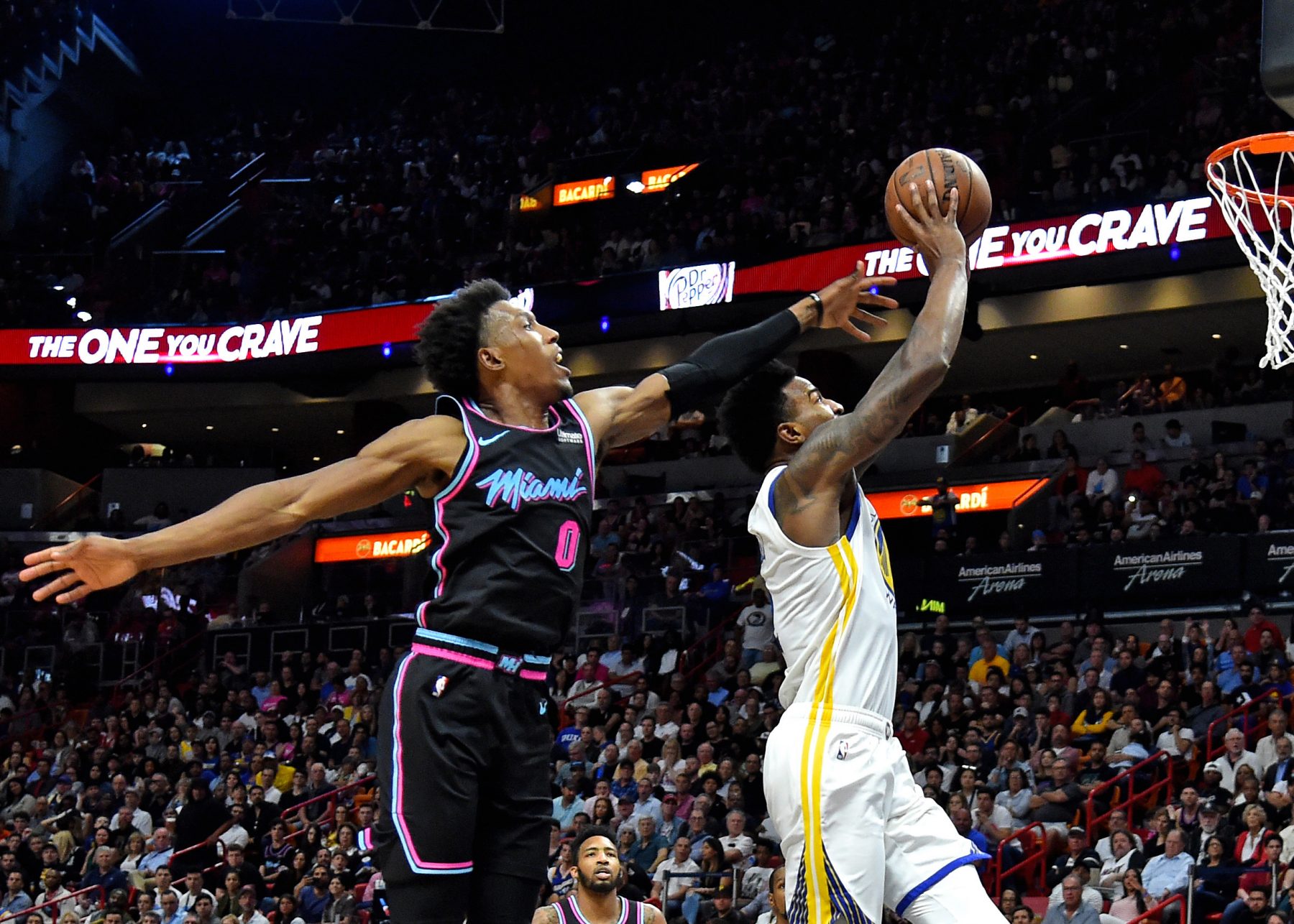 Josh Richardson is emerging as a bright young star for the Miami Heat. He’s averaging career-highs in points, rebounds, and assists, but it’s how he’s improving as a leader that is impressing his teammates the most.

Richardson is maturing into a star and veterans like Udonis Haslem and Kelly Olynyk can’t say enough about him.

“Josh has been unbelievable,” said Olynyk after Miami’s game against Dallas. “Just his improvement from last year to this year. He’s shooting the ball well and making plays, and defensively he’s always been there. He’s just super confident. He has really developed an all-around game, from making pull-up threes to getting to the basket and shooting free throws well.”

Richardson is playing with complete confidence. He impacts the game in a variety of ways and was crucial in the Heat’s stunning victory over the Golden State Warriors. Richardson poured in 21 points and hit five of his seven attempts from three-point range.

But his improvement is about more than his stats. The shooting guard has been laser-focused and veterans like Haslem have noticed a change in how he approaches the game.

“You just see the confidence growing in him as a leader and a ballplayer,” said Haslem. “How he is playing and how he is approaching the game. Off the court, in practice, in huddles, in timeouts, he is being more vocal. Regardless of how many points you score, or what type of game you have offensively, that can’t change. Guys have to see you lead.”

This is a major step forward for Richardson in his development. Miami needs someone to step in and assume a leadership role after Dwyane Wade retires. Richardson could be that guy.
[xyz-ihs snippet=”HN-300×250-TextnImage”]