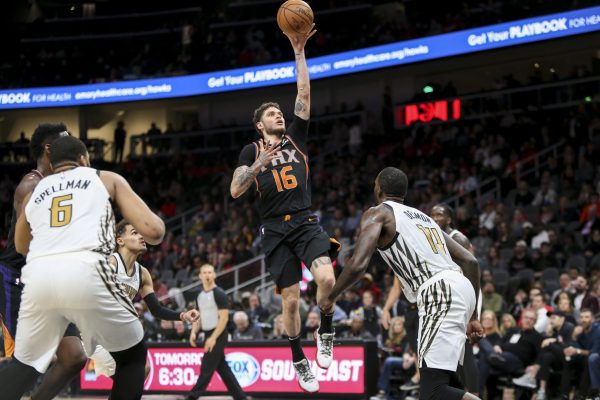 During the Suns’ shootaround on Monday morning, Johnson was in a good mood heading into the game and offered a joking response to how he’s approaching the contest.

Tyler Johnson said after morning shootaround that he has a “personal vendetta” against every Heat player. He was joking.

In truth, Johnson was a popular teammate during the five seasons that he played for the Heat. His gritty competitiveness began when he made the team as an undrafted free agent and continue through his time in Miami.

Johnson was dealt to the Suns along with Wayne Ellington on Feb. 6 in exchange for veteran Ryan Anderson. The trade was the culmination of repeated attempts by the Heat to deal away Johnson, whose expensive contract was a continuing problem in the team’s effort to upgrade their roster.

The veteran will be paid $19.2 million per season for both this season and next. That contract proved to be a huge expense for a player who was averaging 10.7 points, 2.9 rebounds and 2.7 assists per game this season.

Since joining the Suns, Johnson has played in four games for a team that currently has the worst record in the NBA. After averaging just 5.8 points in his first three games, he exploded on Saturday night in a road loss to the Atlanta Hawks, scoring 29 points. In the game, Johnson drilled four 3-pointers and was 10-of-16 from the field.

While he was joking about his vendetta against his former teammates, he’ll surely look to have a strong performance in his former home arena.
[xyz-ihs snippet=”HN-300×250-TextnImage”]