Coming off a highly successful rookie season, Tyler Herro is currently enjoying his offseason vacation with his girlfriend.

In one of his recent Instagram posts, Herro and his ladylove can be seen in what appears to be an infinity pool that is staring out into a huge body of water. 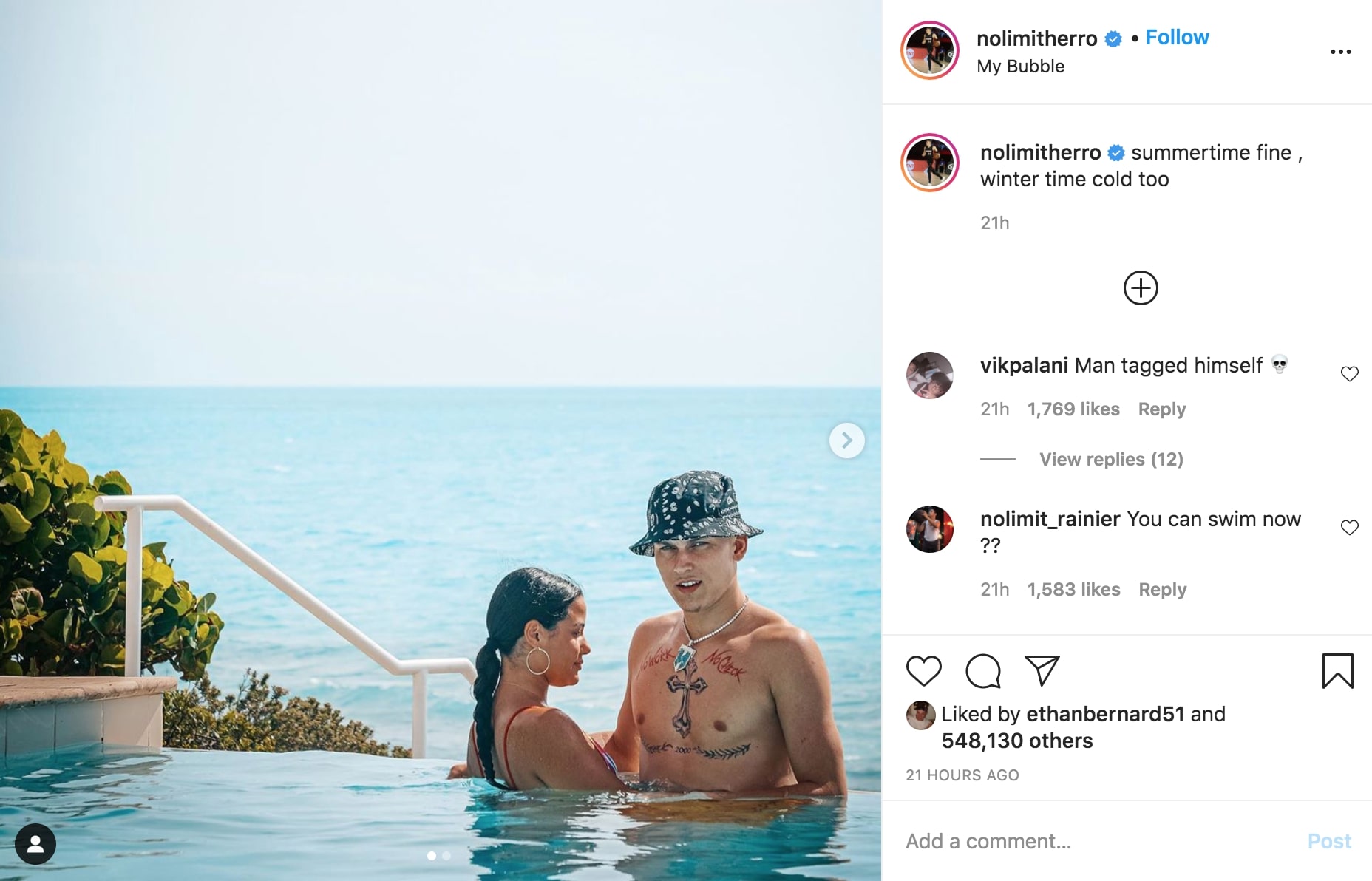 The photo may be the University of Kentucky product’s way of showing off his new tattoos which feature a huge cross emblazoned in the middle of his chest, the number “2000” written at the bottom of it and two laurel leaves.

Of course, his previous tattoos of “No Work, No Check” are still prominently seen as well.

Herro certainly deserves plenty of downtime after the long grind of the recently concluded 2020 NBA Playoffs. He had one of the best rookie seasons in recent memory, having participated in the NBA Finals and making a name for himself while playing on the league’s biggest stage.

The 6-foot-5 guard became the youngest player to start in the Finals at the age of 20 years and 256 days old, beating out Los Angeles Lakers legend Magic Johnson (20 years, 264 days old) for the distinction. After starting guard Goran Dragic went down with an injury during Game 1 of the series, Herro got the call to take his spot.

He played like a grizzled veteran in the Finals, averaging 14.7 points, 4.2 rebounds and 3.0 assists per game. He was one of the bright spots for the Heat, who were defeated by the Lakers 4-2 in the series.

Herro will be a marked man next season, but if his first year in the league is any indication, his opponents might be the ones who will be surprised by how good he has become.