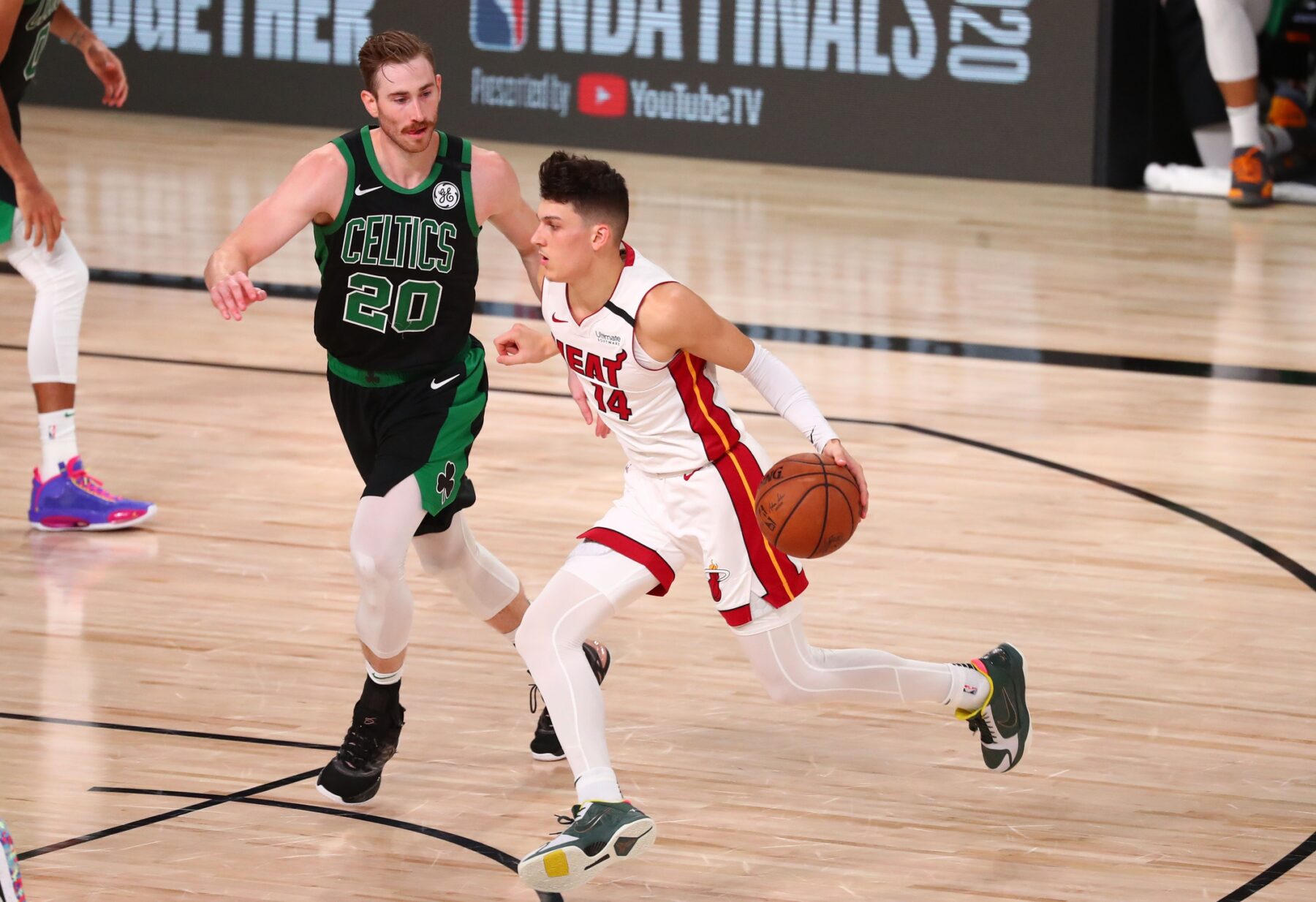 In an alternate universe, Miami Heat guard Tyler Herro is playing for the Boston Celtics and fielding passes from the likes of Kemba Walker, Marcus Smart and Jayson Tatum.

Instead, Herro played a key role in helping the Heat reach the NBA Finals this past season, and he’s ever so grateful to be in South Florida.

Tyler Herro said on Instagram Live he thought he was going to Boston in the draft. "I got blessed to come here instead of there."

Herro was selected 13th overall in last year’s NBA draft. Although he was projected to be a decent spot-up shooter, no one outside the Heat organization could’ve expected him to emerge the way he has.

As the 2019-20 season progressed, Herro established himself as not only a very good 3-point shooter, but also one who wanted to take, and would make, key clutch shots under pressure.

He also flashed his ability to handle the rock and hit the open man, two skills that were pretty unexpected.

Herro is one of several young blue-chippers the Heat possess who could help the team sizzle even hotter this upcoming season.