Don't Miss
Home / Media / Tyler Herro not worried about his shooting slump: ‘I have one of the purest shots in the whole entire world’

Tyler Herro not worried about his shooting slump: ‘I have one of the purest shots in the whole entire world’ 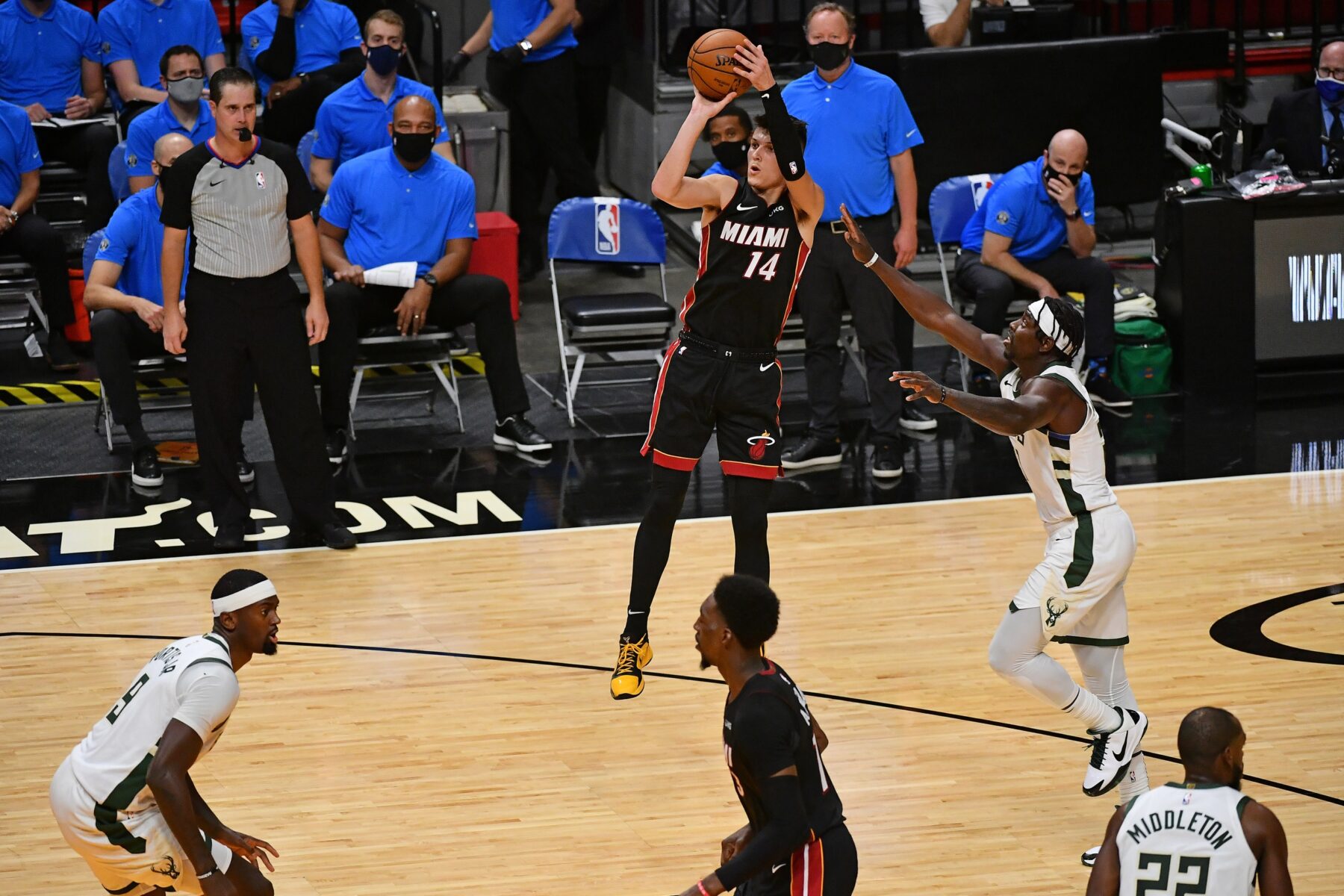 So far this season, Tyler Herro hasn’t really displayed the 3-point stroke that defined a large part of his game last season.

However, he hasn’t lost his confidence.

“I have one of the purest shots in the whole entire world, in the league,” Herro said. “And I feel like shooters go through slumps when they can’t make a three, can’t make a shot, but just sticking to the basics. I know what I have to do to get to where I need to be.”

But in the first seven games of the new season, he’s been struggling mightily in that department, shooting a paltry 29.7 percent from downtown.

The good news is that the University of Kentucky product has been expanding his game, particularly his ball-handling and passing skills. His efficiency on his 2-point shots has also greatly improved when compared to that of last year.

The Heat are currently 3-4, which is a far cry from the success they enjoyed last season when they were hot to start the campaign.

They sit at 11th place in the Eastern Conference, and Herro has acknowledged that it’s up to him to get Miami clicking again at a much higher level.

“I’ve got to be better,” Herro said. “It’s on me. It’s not on anybody else. I’ll be better. It’s early in the season. I’m a team guy, so I want the team to do good before me and as the rest of my teammates are. We’re all about the team, so I’m not really worried about my numbers. Obviously, I need to be more efficient, but as far as my numbers go, I just want to see Ws starting to stack up on that win column.”