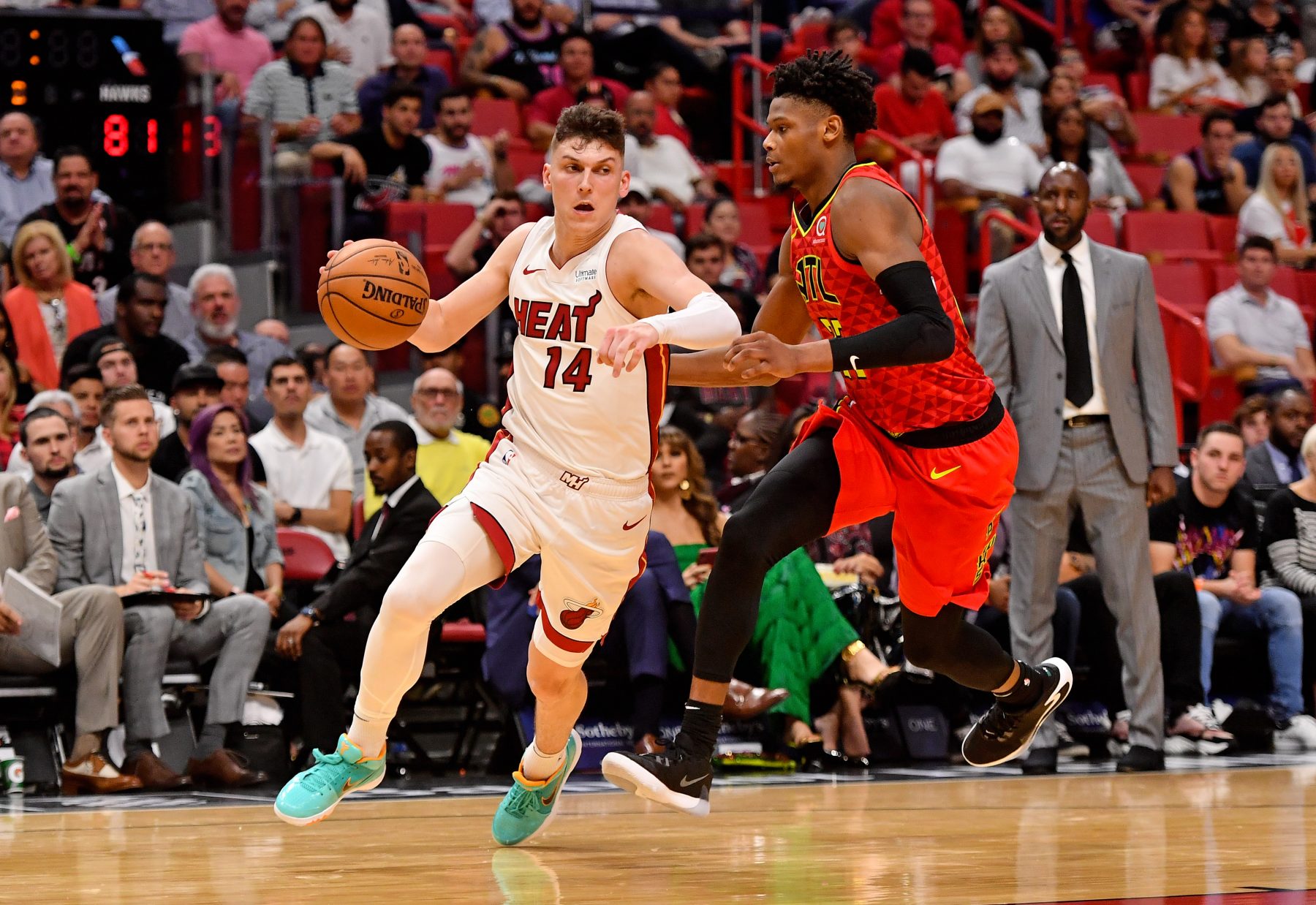 Miami Heat lottery pick Tyler Herro is living up to the hype.

The shooting guard set the Heat record for most points off the bench by a rookie against the Atlanta Hawks on Tuesday. Herro’s 29 points eclipsed former Heat star Michael Bealey’s rookie record from 2009.

Tyler Herro has set the Heat record for points off the bench by a rookie, which previously was 28 by Michael Beasley against the Suns on March 4, 2009.

The Heat selected the 19-year-old with the No. 13 pick in the 2019 NBA Draft. While the youngster didn’t gain much attention on draft day, he has since become a household name among rookies.

In the Heat’s victory over the Hawks, Herro scored 29 points, grabbed seven boards and dished out two assists in 29 minutes. Perhaps the most dazzling part of the performance, the 6-foot-5 pro exploded for 19 points in the second quarter alone.

While the sample size is small, Herro will absolutely be a strong candidate for the Rookie of the Year award. The University of Kentucky product is putting up 16.2 points and 6.2 rebounds per game this season.

The Heat and Hawks face each other again in Atlanta on Thursday.