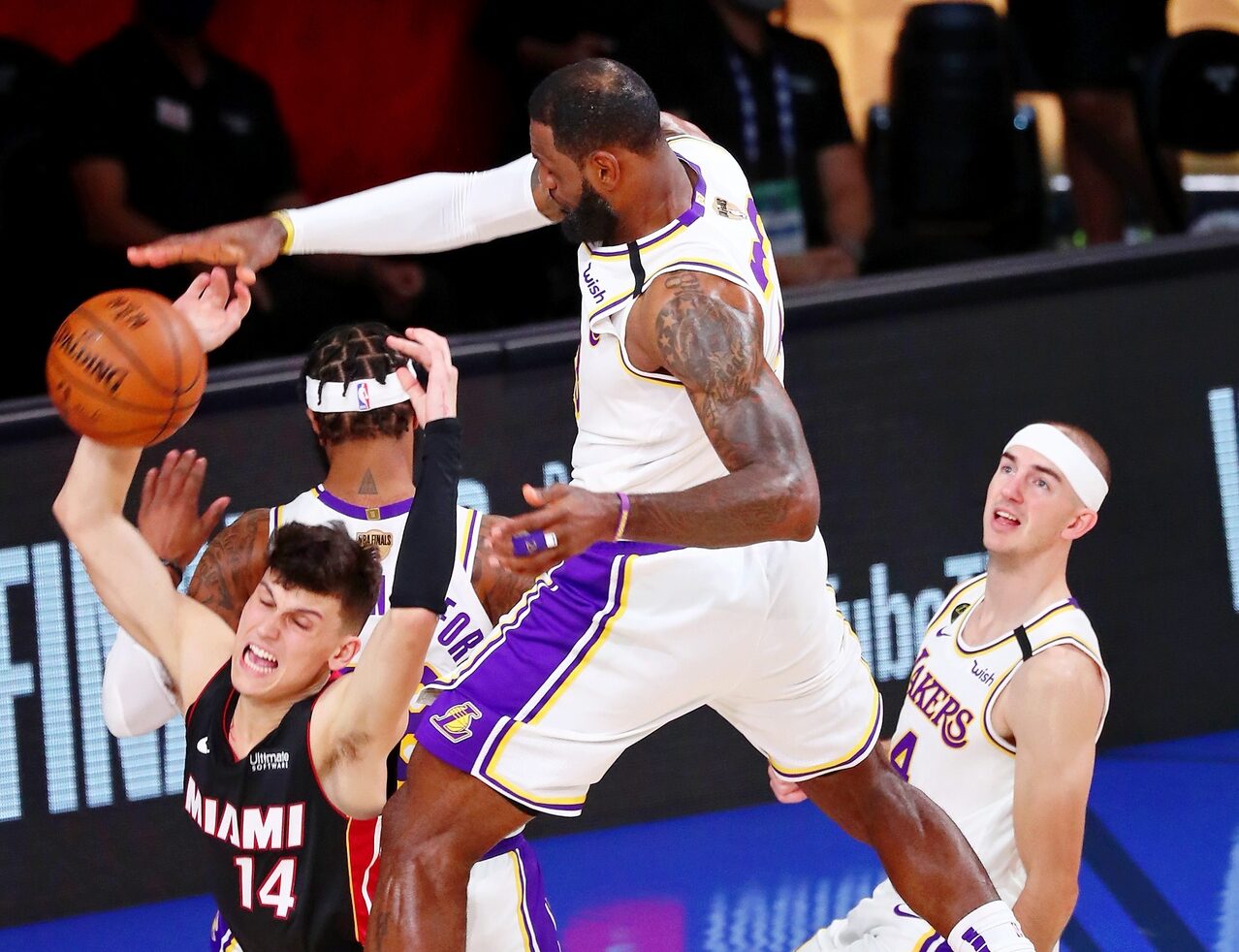 Miami Heat youngster Tyler Herro penned a fantastic piece on The Players’ Tribune and noted the 14 things he learned during his rookie season in the NBA.

Unsurprisingly, much of what stuck with Herro took place during the Heat’s incredible run to the 2020 NBA Finals.

One such lesson had to deal with facing Los Angeles Lakers superstar LeBron James in the final series.

In fact, Herro said that facing James was like going up against the final boss of a video game.

“If the NBA was a video game, LeBron is like the final boss,” he wrote. “That’s probably how I’d sum up the end of our season, I guess.

“It’s like — on one level, it was a failure for sure. There’s a culture here and we own it. Our goal is to win championships. And we came up empty.

“But on another level….. man. That was an insane run. We played our hearts out. We beat some really good teams.

“And then we just fell a little short vs. the final boss.”

His comparison is both hilarious and undeniably true.

For the vast majority of his career, James has served as the final boss for so many great players. After all, he has four NBA titles to his name.

Of course, two of those titles came when he was a member of the Heat.

Now, Herro and the next generation of Heat studs will look to get their revenge this upcoming season and win a title of their own.