Tyler Herro Delivers High Praise for Big Man Kelly Olynyk: ‘He Can Do Everything’ 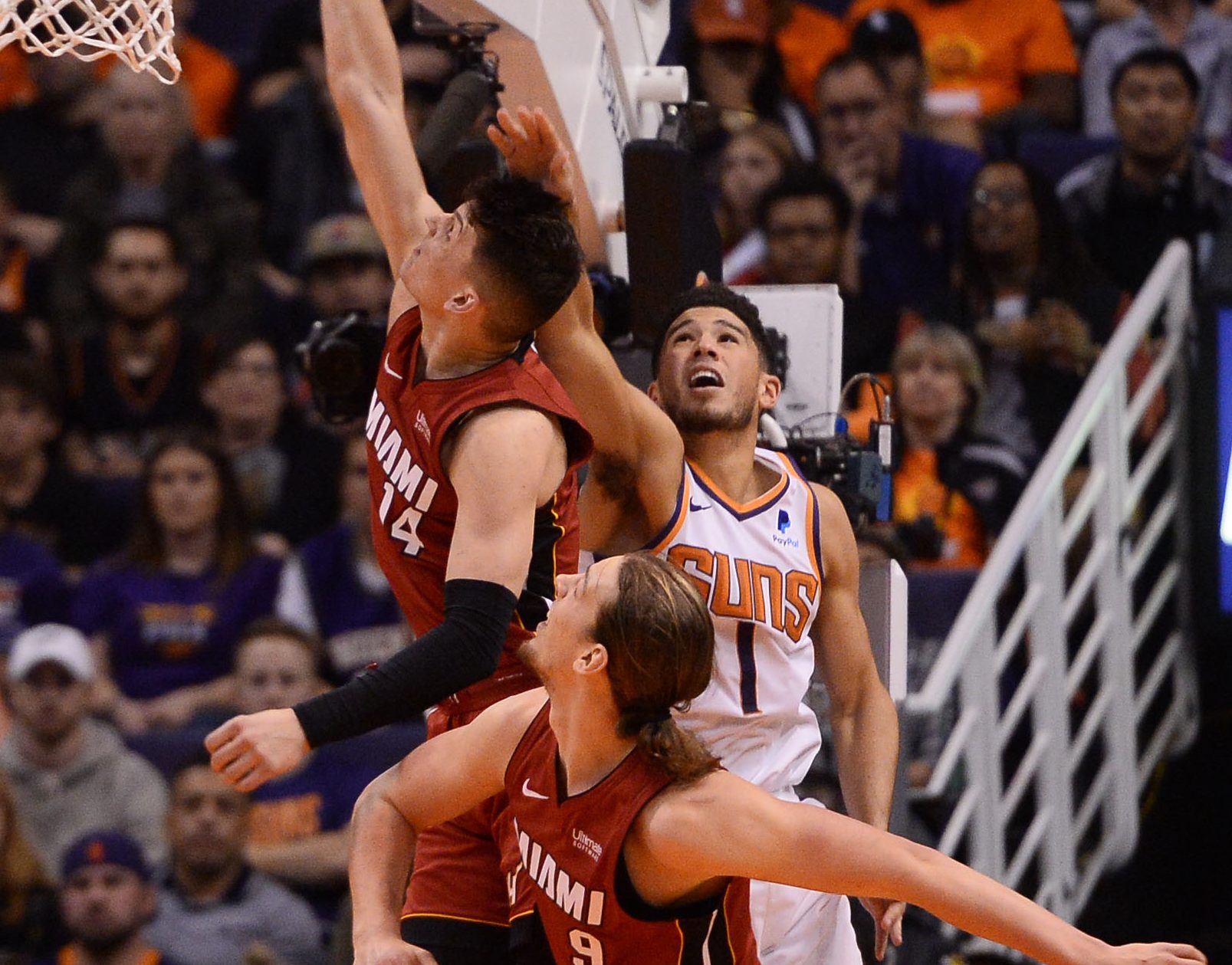 Miami Heat power forward Kelly Olynyk is in his third season with the team, with rookie Tyler Herro in awe of what the veteran brings as the squad prepares to resume the 2019-20 season.

Herro offered high praise for the work of Olynyk after the Heat’s scrimmage against the Utah Jazz on Saturday, with Olynyk delivering 27 points, eight rebounds and two assists during the contest.

“Kelly played amazing today,” said Herro. “He has been tremendous throughout training camp here, in Orlando. We all know, as teammates, what KO can do. We’re grateful to have him on our team. He’s 7-foot and can space the floor, and also can play inside. He’s great in the pick-and-roll. He can do everything.”

The performance by Olynyk was especially notable since he was only averaging 7.7 points, 4.4 rebounds and 1.6 assists per game this season prior to the NBA’s suspension of play.

The 29-year-old Olynyk’s 2019-20 statistical numbers are down from those of last season, with the veteran having become more of an option off the bench for Heat head coach Erik Spoelstra.

Yet, Spoelstra expressed his own enthusiasm about how Olynyk has performed since the team has begun practicing in Orlando, Fla.

“We’ve had a lot of guys stand out during camp. He has had one of the better camps,” Spoelstra said of Olynyk. “He’s in tremendous shape right now. He really worked at it in May and June.”

Even though Olynyk’s numbers are down this year, his team-first approach likely has him unconcerned, considering that the Heat compiled the fourth-best record in the Eastern Conference at 41-24 prior to the shutdown.

Olynyk has a player option for the 2020-21 season that’s set to pay him $13.6 million. He could opt out of that deal, though the uncertain salary-cap situation for next year may make him reluctant to take that path.

The only certainty right now is that Herro and his Heat teammates will be glad to have Olynyk on the court when the team’s season resumes on Saturday.