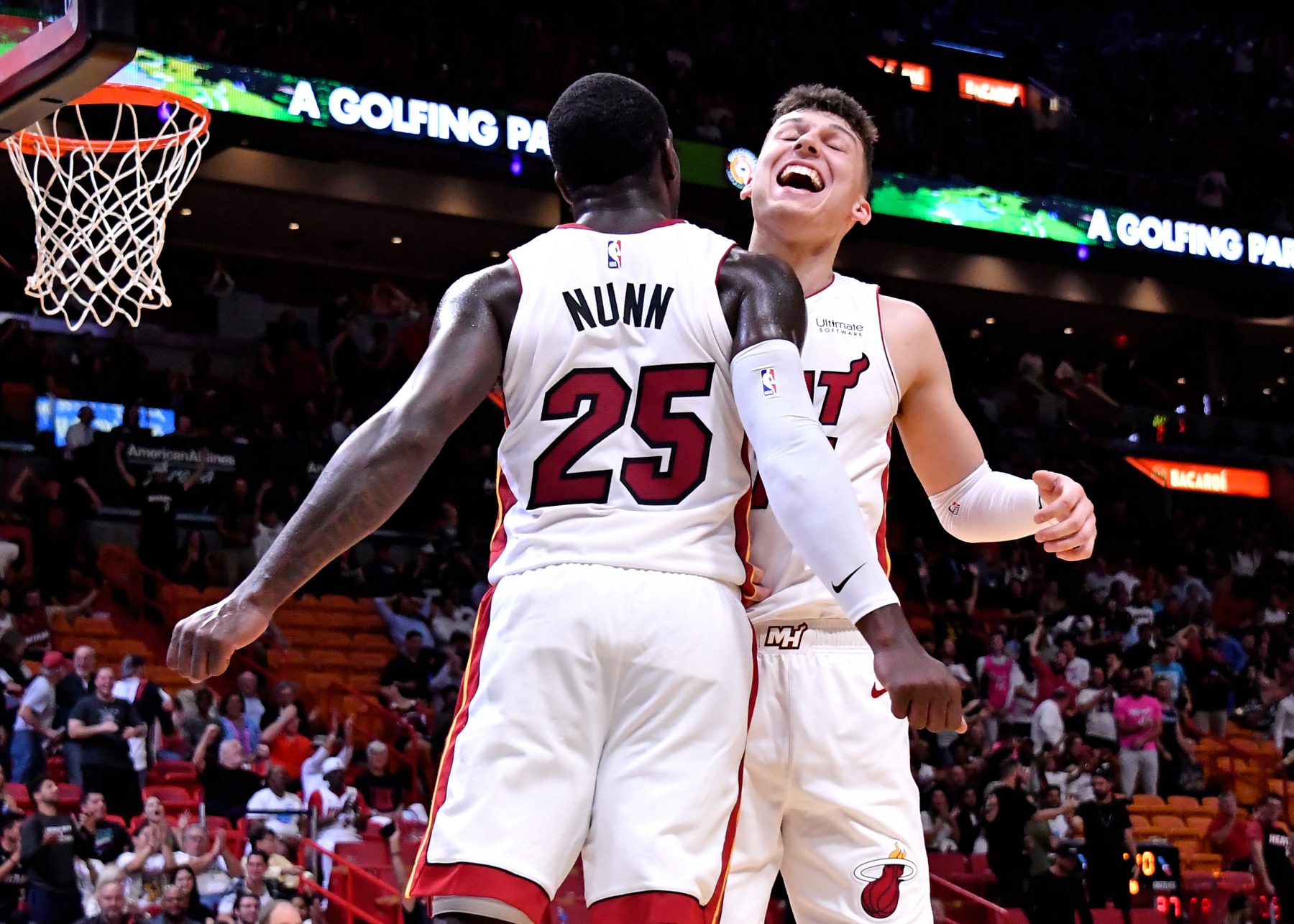 The Miami Heat are one of the top teams in the NBA this season.

While the team is led by veteran star Jimmy Butler, rookies Tyler Herro and Kendrick Nunn have been surprise revelations in Miami.

In fact, Herro, the No. 13 overall pick in the 2019 NBA Draft, believes that he and Nunn represent two of the best rookies in the league this season.

“I just know what me and Kendrick Nunn got going on,” Herro recently said. “I think I’m one of the best rookies in this class for sure. Obviously, there’s a lot of great rookies with Ja Morant and RJ [Barrett]. The list goes on. But I feel we have two of the best rookies.”

The Heat rookies will be facing off against Barrett, the No. 3 pick of last June’s draft, when they play the New York Knicks this Sunday. The rebuilding Knicks see Barrett as a building block, and he is being given every opportunity by the franchise to learn and develop his game this season.

Meanwhile, the Heat are playoff contenders. Despite that, they are still not afraid to employ Herro and Nunn as regulars in their rotation.

In fact, Nunn has started all 38 games for the Heat this season, as he continues to prove to be a major undrafted steal.

Though Herro has only started in three games, he is nonetheless counted upon to deliver during clutch situations.

The Heat could conceivably have two players on the 2019-20 All-Rookie First Team if Herro and Nunn continue to play well and help Miami make the postseason.