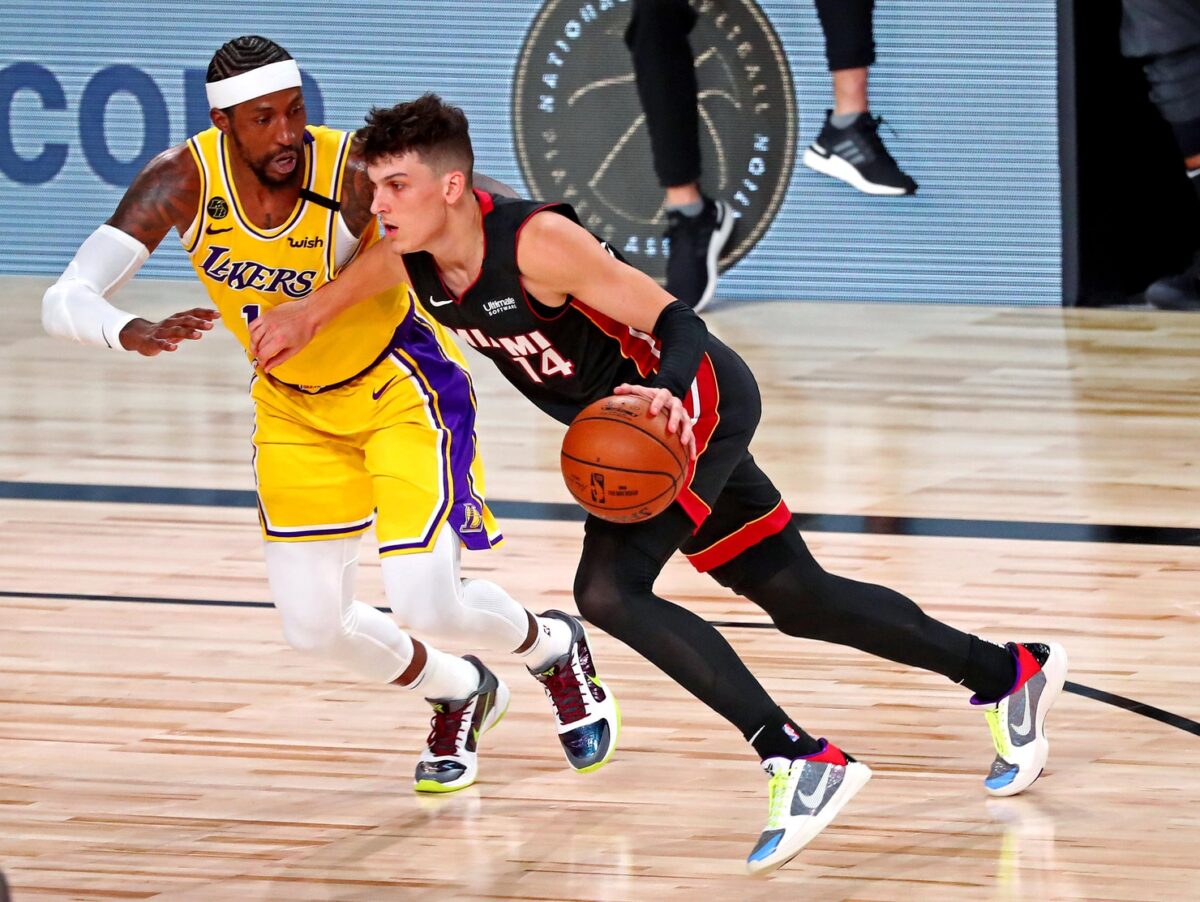 The Miami Heat headed into Game 4 of the NBA Finals, coming off an impressive win in Game 3. Jimmy Butler and company were hoping to even the series but came up short against a Los Angeles Lakers team unwilling to give up an inch.

Following the loss to the Lakers in Game 4, rookie guard Tyler Herro made one thing clear when talking during his media session with reporters.

"We're gonna have to fight. This series is not over."

Down 3-1 in the series after tonight's loss, Tyler Herro discusses having to face the first elimination game on Friday. #HEATTwitter pic.twitter.com/uwJy8JOOQ2

Herro has been up and down during the NBA Finals after having an impressive run in the playoffs for the Heat. The 20-year-old played well in Game 4, scoring 21 points to go along with seven rebounds, three assists and a steal in 37 minutes.

The University of Kentucky product hit some big shots down the stretch. At one point, Herro became a problem for the Lakers, who were locked in defensively all night long.

Along with Herro having a solid game for the Heat, Butler finished with a team-high 22 points and came one assist shy of a second consecutive triple-double. The veteran forward added 10 rebounds and nine assists to the stat sheet on Tuesday.

On Friday, the Heat will get back to work with the team facing elimination for the first time in the playoffs. The Lakers hold a 3-1 series lead and haven’t lost more than one game in a series throughout the postseason and will be looking to end it in Game 5.