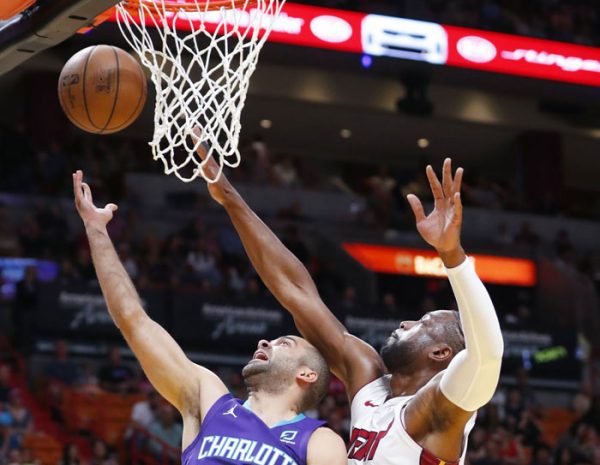 On Monday, Charlotte Hornets guard Tony Parker announced his retirement from the NBA.

Since Parker revealed the news during the summer, he won’t get a farewell tour like fellow NBA legends Dwyane Wade and Dirk Nowitzki did.

However, when asked if he had ever thought about having his own farewell tour, the former San Antonio Spurs star offered a fantastic response:

“Not at all, not at all. It’s funny because my brother asked me that. ‘You don’t want to do like Dwyane and Dirk?’ And I said, ‘No, because it’s not on the Spurs jersey.’ So, for me, it’s different. Dwyane did it with the Miami jersey, Dirk was a Dallas jersey, so it was a nice way to end their careers. But for me, it was kind of different because I was in there with Charlotte, so I didn’t feel like the need of having a goodbye. For me, the goodbye will be when my jersey will be retired [in San Antonio] or I make the Hall of Fame.”

Parker, 37, has a loyal and longtime relationship with the Spurs. While the veteran could have said his farewells in a Hornets jersey, everyone remembers the French native for his successes with the Spurs.

After 18 seasons in the league, the 6-foot-2 point guard concluded his playing career with averages of 15.5 points and 5.6 assists. Parker helped capture four championships with the Spurs while becoming the first European player to win NBA Finals MVP in 2007.