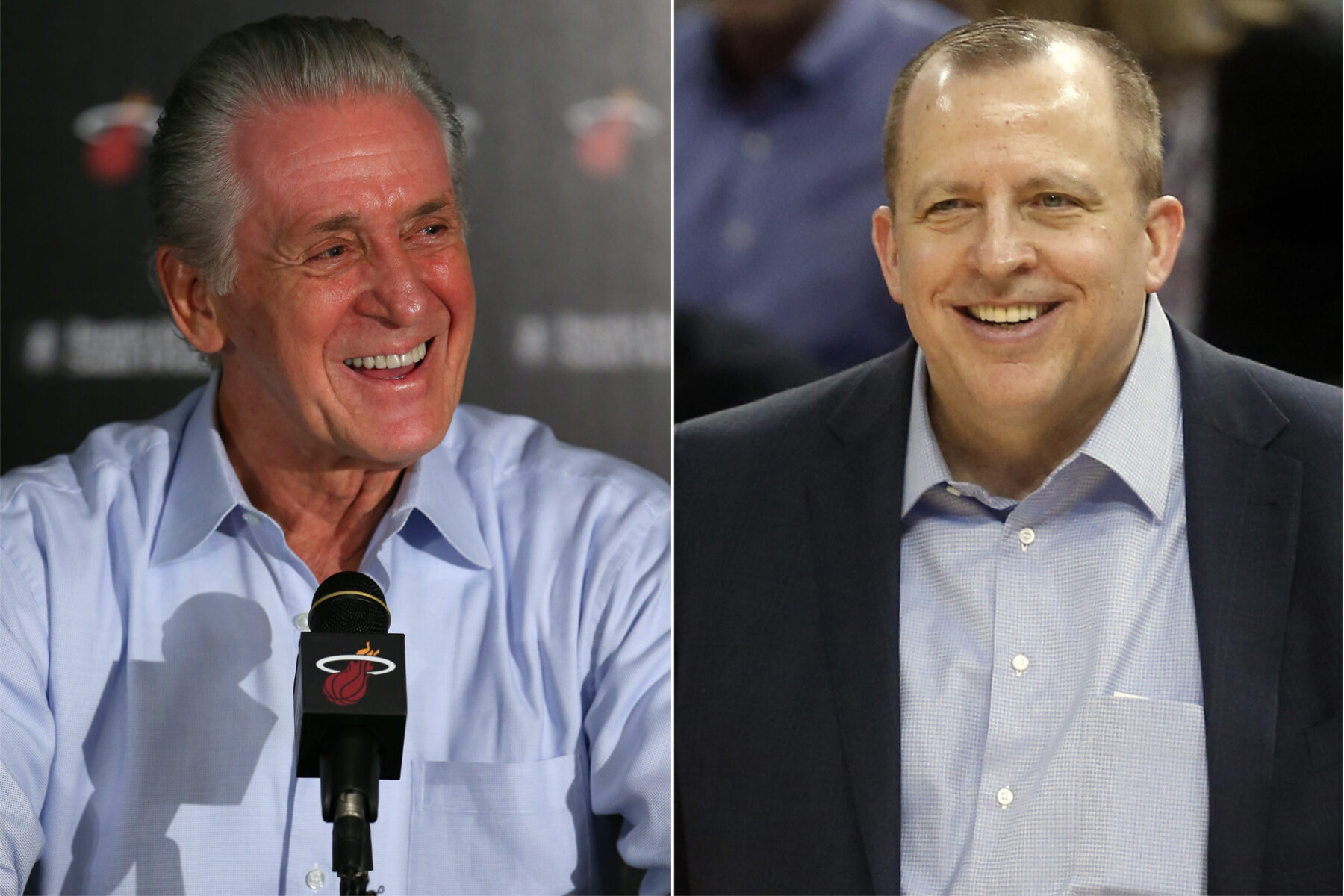 “I have great respect for the Heat organization, the way they play, what Pat Riley has done there, Erik Spoelstra,” Thibodeau said. “They have great ownership in Mickey Arison. They’ve done it for a long time. The continuity has been important for them. They’ve evolved as the game has evolved. The things they believe in have stood the test of time — fundamentals, intensity, their work ethic. Those are all Pat Riley trademarks. I know Knicks fans are familiar with that from when Pat was here.”

Thibodeau joined the Knicks staff in 1996 under then-Knicks head coach Jeff Van Gundy. While Riley had left the Knicks in 1995, Thibodeau could still see his influence on the team.

“When I came here the first time. I had come from Philadelphia, and it was just so different,’’ Thibodeau said. “[Riley] was so far ahead of this time and, Jeff carried over a lot of those things. Pat did it in L.A. He won a championship there, then he got the Knicks to the doorstep. To do it several times in Miami. He’s rebuilt the organization three or four times.

“He’s at the top of my list. He’s been great to me over the years, and I’ve taken a lot of things that he’s said to me. I’ve watched their organization very closely. You understand what their core values are.”

Riley is clearly respected as one of the best basketball minds in the business. Now, he is looking to assemble another perennial contender in Miami.

The Heat are just a game away from the NBA Finals, as they lead the Boston Celtics 3-2 in the Eastern Conference Finals.

Riley and company surely hope that Miami can close out the series and get back to the NBA Finals for the first time since 2014.