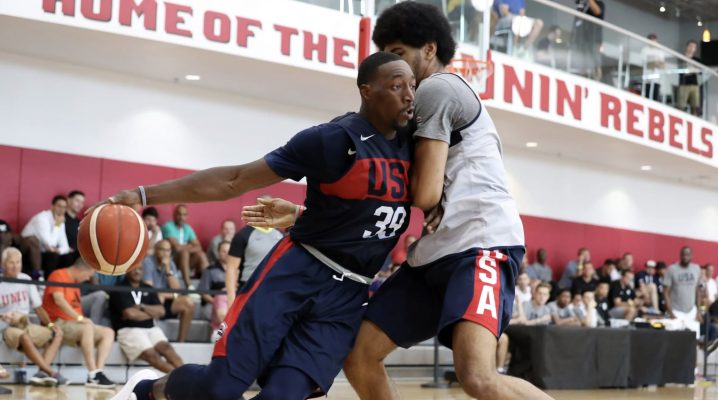 Miami Heat big man Bam Adebayo was cut from Team USA’s roster following their intrasquad scrimmage on Friday, but not all was lost for the 22-year-old.

According to reports, team officials seemed to think highly of the former University of Kentucky player.

Source: USA Basketball officials complimented Bam Adebayo when telling him he was cut, adding that they believed he showed plenty of good things during the week. (Not sure that softened the blow, but there you go.)

Adebayo averaged 8.9 points, 7.3 rebounds and 0.8 blocks per game in 23.3 minutes this past season for the Heat. With the retirement of Dwyane Wade, as well as the departure of Hassan Whiteside to the Portland Trail Blazers, Adebayo will be expected to not only start, but perhaps play a bigger role for a team that’s continuing to rebuild.

He was the 14th overall pick in the 2017 NBA Draft following his lone season at the University of Kentucky. While there, he put up 13.0 points, 8.0 rebounds and 1.5 blocks per game in 38 games for coach John Calipari’s Wildcats. The team lost by just two points to the University of North Carolina in the Elite Eight.

Without Adebayo, Team USA will continue to train and prepare for the FIBA World Cup, which will start at the end of August.