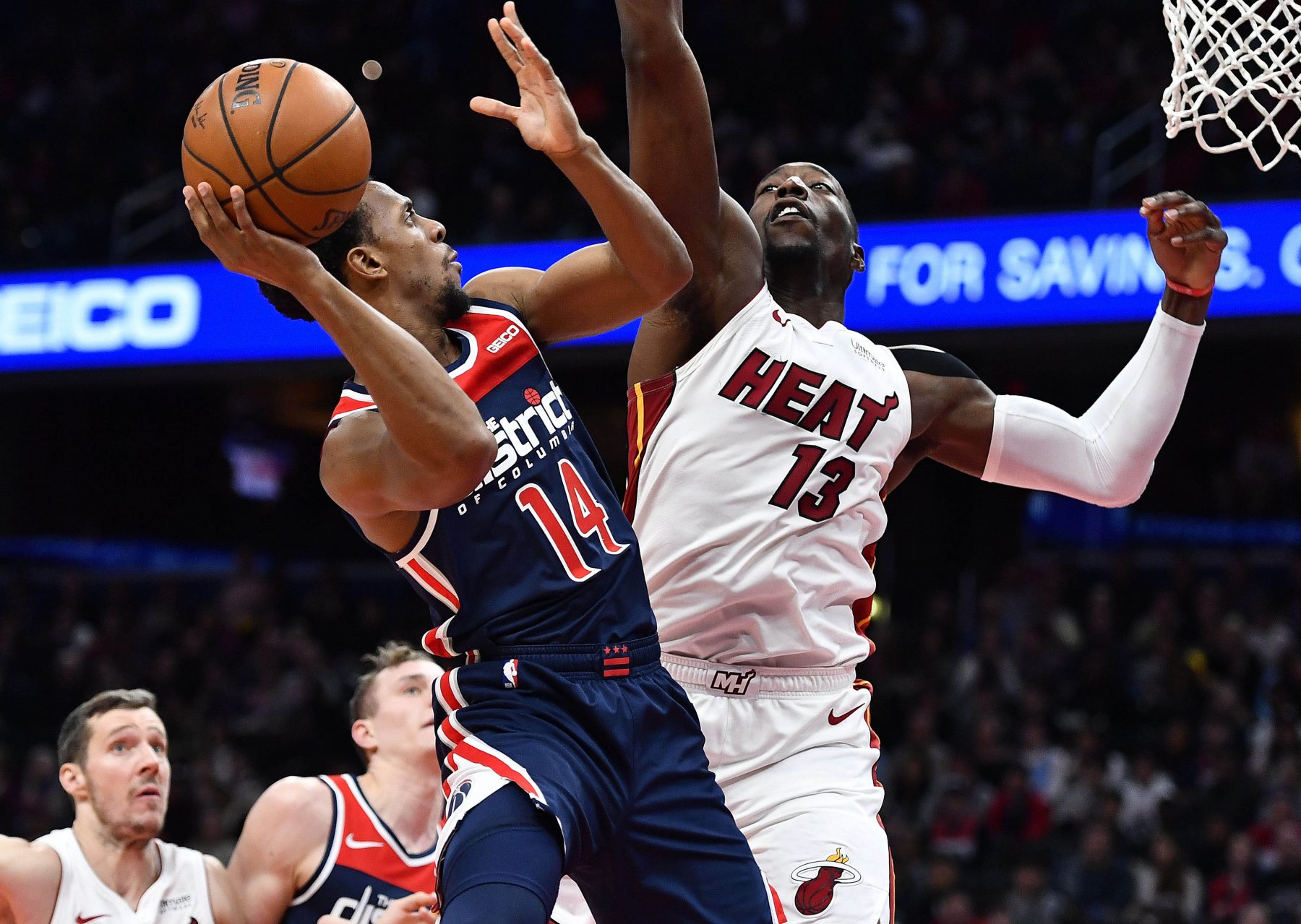 Miami Heat center Bam Adebayo has made strides in his development over three seasons in the NBA, with Brooklyn Nets point guard Spencer Dinwiddie now ranking him the best defender among the league’s current big men.

Adebayo came off the bench in the majority of his games during his first two seasons with the Heat, serving as a backup to former Heat center Hassan Whiteside.

However, that status began to change in the final six weeks of the 2018-19 campaign, when he took over the starting role. His performance led the Heat to deal Whiteside to the Portland Trail Blazers during the offseason.

In 65 games during the current season, Adebayo has been a fixture in the lineup by starting every game and putting his defensive skills on display.

The 22-year-old Adebayo is averaging a double-double for the 2019-20 campaign, including 10.3 rebounds per game, while also seeing upticks when it comes to his blocks and steals per contest.

In those categories, Adebayo is averaging 1.3 blocks and 1.2 steals per game, with his offensive performance also showing that he’s more than doubled his per-game average of assists from 2.2 last year to 5.1 this season.

Dinwiddie and the Nets have seen the new-and-improved Adebayo three times during the current season, with the big man averaging 11.3 rebounds per game in those contests, while also swatting away five shots and collecting a trio of steals.

Presently, both the Heat and Nets could potentially play each other in whatever form the NBA postseason takes.

However, it’s clear that regardless of whether Adebayo and the Heat are facing the Nets or some other team, the big man has become a force to be reckoned with for the future.