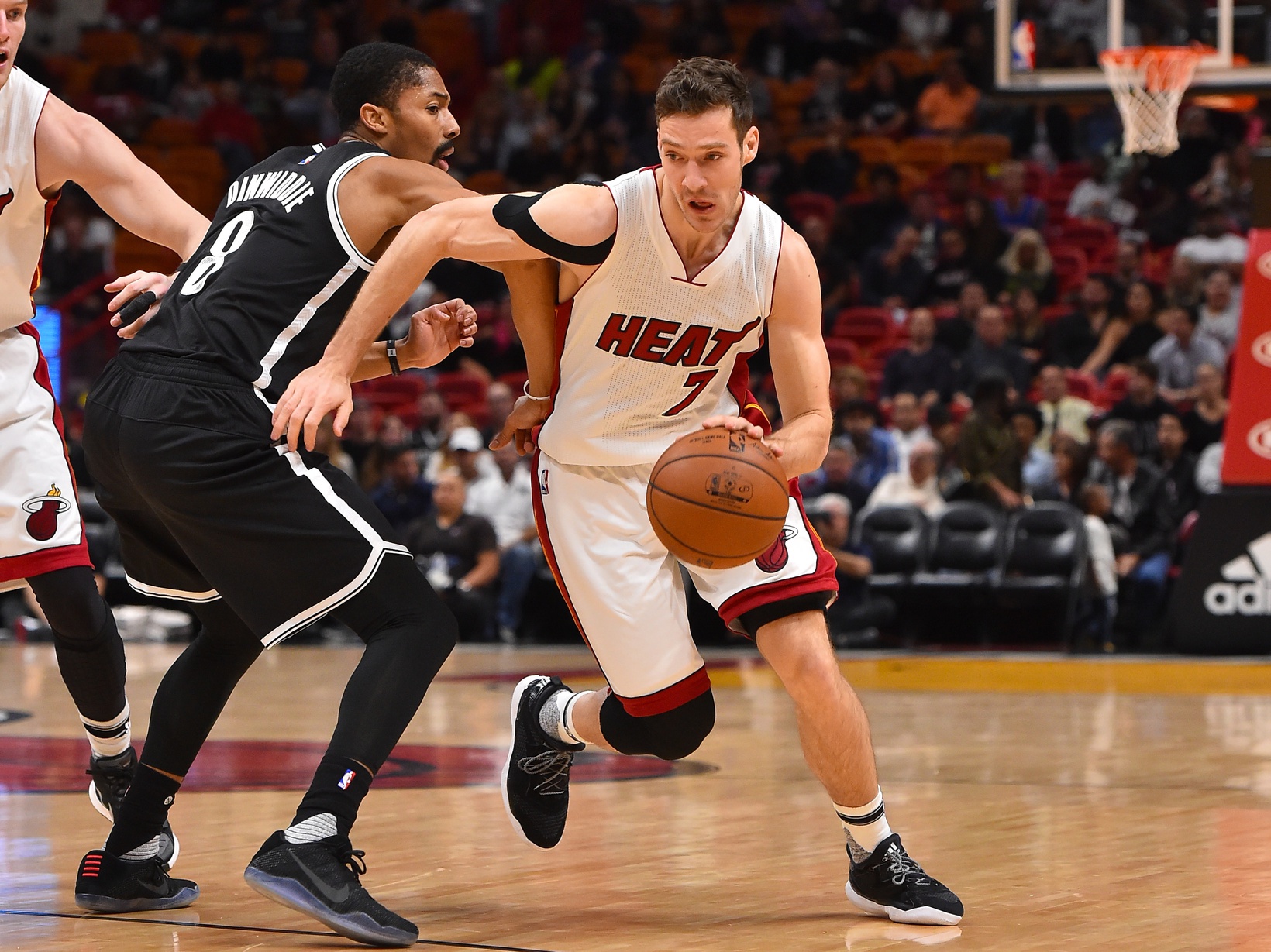 Brooklyn Nets guard Spencer Dinwiddie is not afraid to hype himself up.

The 6-foot-6 pro recently stated that he should be considered the top dog over Miami Heat veteran Goran Dragic and New Orleans Pelicans guard Lonzo Ball in a social media post.

Lol uhhhhh another easy Start… I’m taking Dragic off bench tho. Fan of Lonzo too before y’all make this something it ain’t. https://t.co/iBYOxgZTYv

Dinwiddie, 27, is likely confident because he just had the best season of his career. In fact, he’s enhanced his production every year he’s been in the league.

Excluding Nets star Kyrie Irving, who only played in 20 games this season, Dinwiddie led the team in scoring. Despite Dinwiddie’s important value to the Nets, he will not participate in the resumption of the 2019-20 campaign in Orlando, Fla.

While the rising star had a strong year, he still doesn’t have the same resume that Dragic has.

After all, the 34-year-old has averaged more than 20.0 points per game twice during his career. Furthermore, he won the Most Improved Player award in 2014 and was named an All-Star in 2018.

Not to mention, the point guard led Slovenia to a gold medal at EuroBasket 2017.

Over the course of his NBA career, Dragic has averages of 13.9 points, 4.8 assists and 3.1 boards per contest. He currently plays a pivotal role coming off the Heat’s bench.

Brooklyn netsFeaturedGoran Dragicmiami heatNews Tickerspencer dinwiddie
← Previous Story Derrick Jones Jr. on Miami Heat: ‘I Never Want to Be on Another Team, I Love It Here’
Next Story → Erik Spoelstra Blown Away by Jimmy Butler After NBA Bubble Hotline Complaint