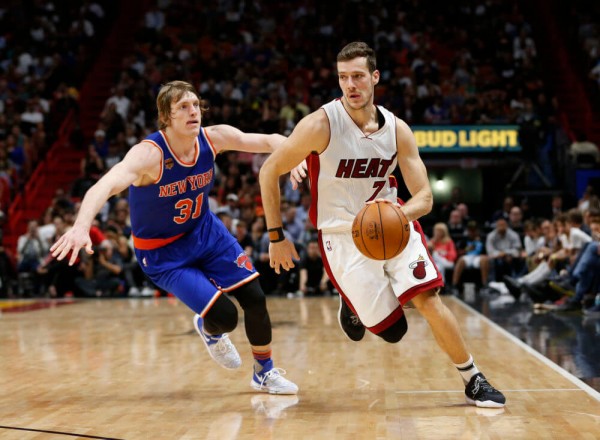 Goran Dragic may be not be as flashy as many of the other star point guards around the NBA, but the 31-year-old veteran still demands a lot of attention. Dragic’s talent was recognized when SLAM released its top 50 players with Dragic coming in at No. 43.

SLAM writer Julian Mathews broke down what makes Dragic such a valuable player:

“Despite being on the same team as a self-proclaimed top five shooting guard, and one of the League’s most dominant big men, Dragic led the Heat in points per game (20.3), assists per game (5.8) and steals per game (1.2).”

He continued by proving that when Dragic plays well, the Miami Heat usually come out victorious:

“Goran stepped up for the Heat all season long. Miami was 12-5 when he scored at least 25 points and were 4-1 when he made at least five 3-pointers. He also had seven games of 30-plus points and shot over 50 percent from the field when the Heat won.”

Mathews also discussed how Dragic is putting on a dominant display at FIBA EuroBasket 2017:

“Gogi is currently leading the undefeated Slovenian National Team in their quest for Gold in EuroBasket 2017. In a tournament stacked with NBA talent like Kristaps Porzingis, Pau Gasol, Ricky Rubio, Evan Fournier and Dennis Schroder; Goran Dragic is the leading point scorer, averaging 24.4 points per game while shooting 50.7 percent from the field.”

Finally, he predicted similar performances from Dragic in next year’s Eastern Conference playoffs if the Heat are able to secure a spot:

“Hopefully for Heat fans, Dragic can carry this momentum into October and lead Miami to the playoffs in what should be a historically bad Eastern Conference. If given the opportunity, Goran should produce well in the playoffs given his tendency to step up in big moments.”

It seems SLAM has figured out what Heat fans already knew about Dragic. If he helps lead the Heat to the playoffs in the 2017-18 season, his ranking should only go up.
[xyz-ihs snippet=”Responsive-ImagenText”]