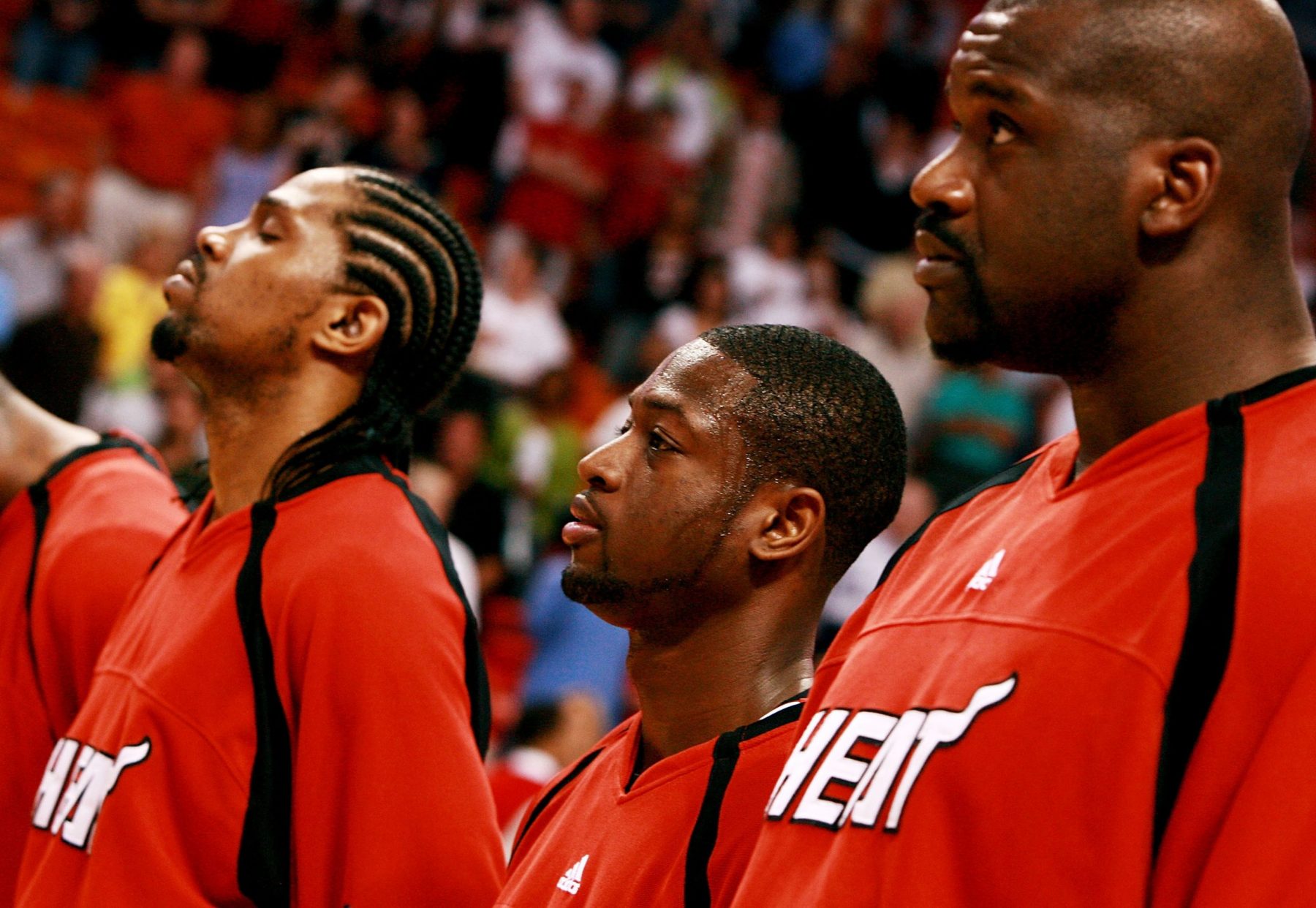 As a matter of fact, the four-time champion recently refuted a graphic that listed him as the third best player in Heat history and declared that Haslem should have taken his place.

I disagree with this list @ud40 should be number three

Haslem, 39, is the heart and soul of the Heat franchise.

While he doesn’t have exuberant accolades like franchise greats Dwyane Wade or LeBron James, the veteran has provided some of the most vital intangibles for team success.

Known as an enforcer, the bellicose big man has always stood up for teammates and defended the organization like his own child. After all, he has played the most seasons in franchise history.

Furthermore, when Haslem had the opportunity to go to other teams for more money, he opted to stick with the Heat for the long haul. Undoubtedly, the 6-foot-8 stalwart is the most loyal player in Heat history.

While the three-time champion rarely plays now, he has shifted his role to grooming and encouraging the squad’s next line of stars.

The team’s all-time leading rebounder may be out of his prime; however, he’s serving assists that will manifest in tremendous ways years from now.