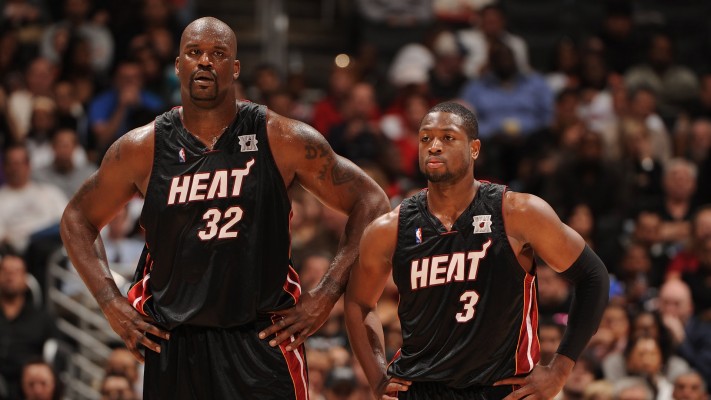 Dwyane Wade was caught in the crossfire of former Miami Heat center Shaquille O’Neal and LaVar Ball’s beef on Friday.

O’Neal infamously dropped a track dissing Kobe Bryant after winning the 2006 championship in Miami, and he spent a lot of time in the recording booth throughout his career. On Friday, he dropped his latest diss track and he went after the outspoken father of Lonzo Ball.

Towards the end of the clip, O’Neal raps, “Penny (Hardaway) love me, Kobe hate me, D-Wade ain’t tell me Pat Riley was gonna trade me.”

In case you forgot, Heat president Pat Riley traded O’Neal during the 2007-08 season to the Phoenix Suns after just 33 games. Evidently, O’Neal believes that former Heat superstar Wade knew about the trade before it was executed.

Wade and O’Neal are friends off the court so it is unlikely there is any real angst between them, especially almost a decade later.
[xyz-ihs snippet=”HN-Native-EndofArticle”]