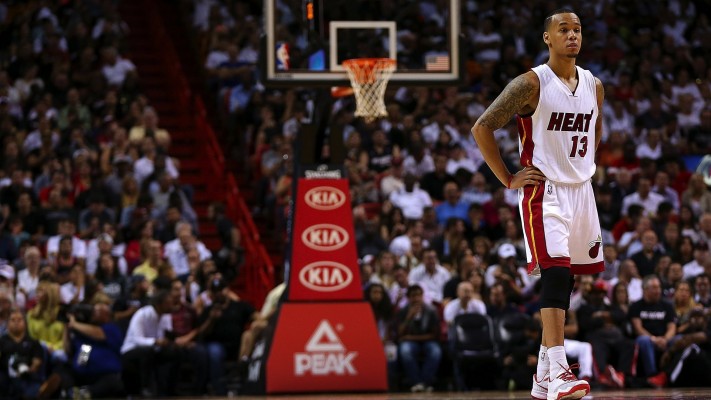 To the surprise of many, second-year guard Shabazz Napier was traded over the weekend to the Orlando Magic for essentially nothing. Now we may know why that may have been the case.

According to Barry Jackson of The Miami Herald, Napier was traded for just a second-round draft pick because the Heat “didn’t believe in him.” The exact reason is specified in the following quote:

“One NBA general manager who spoke to the Heat said Heat brass realized Shabazz Napier ‘was not good enough. At that size (6-1), you have to be really quick or a very good shooter, and he’s neither.’”

While it was obvious that the Miami Heat were trying to cut salary to avoid heavy fines for being over the luxury tax line, Napier was only due to earn roughly $1.3 million for the 2015-16 season.

The 6’1″ guard was selected with the 24th overall pick by the Charlotte Hornets in the 2014 NBA Draft, only to be traded to the Heat on draft night.

When Miami acquired Napier, it was with the expectation that he’d be the team’s future franchise point guard. Obviously, this was before LeBron James made the decision to return to Cleveland and before the Heat acquired Goran Dragic at the trade deadline this past February. James had stated on draft night that Napier was his favorite player in the draft.

Dragic signed a multi-year deal with the Heat this offseason, meaning Napier’s best bet was to be the Heat’s top backup at point.

The University of Connecticut product struggled during his lone season in Miami, scoring just 5.1 points per game on 38.2 percent shooting from the field.  He bounced in and out of the D-League on a couple of occasions last season.
[xyz-ihs snippet=”Responsive-Ad”]