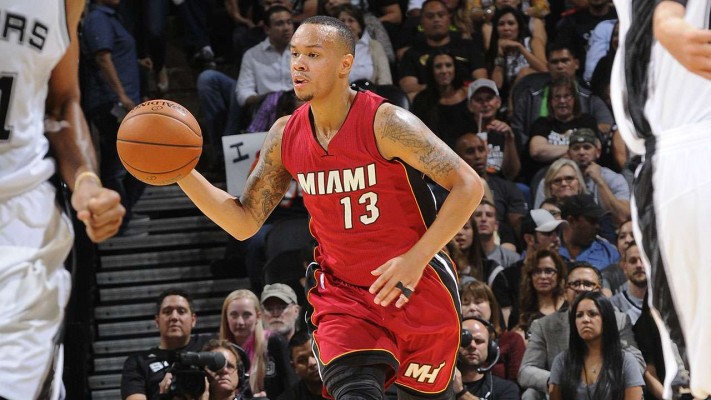 Shabazz Napier concluded his rookie season on the injury list due to a season-ending sports hernia injury suffered in late March.

Fast forward to more than two months later and Napier is back on the court working out with his Miami Heat teammates at American Airlines Arena. With the 2015 NBA Summer League due to begin in early July, Napier plans on participating for the second consecutive season.

The point guard had the following to say in regards to his return from injury and his plans this summer:

“My plan is to play summer league. But right now it’s getting through this, the mental stages, and making sure I’m healthy.”

The Heat will begin summer-league play on July 4 in Orlando before moving on to Las Vegas on July 10 for more summer-league action.

Fellow second-year Heat players such as James Ennis and Tyler Johnson have already stated that they plan to participate in the NBA’s summer league for the second consecutive year.

Napier averaged 5.1 points, 2.5 assists and 2.2 rebounds in 19.8 minutes per game during his rookie season. He made 51 appearances with 10 starts before the Heat ruled him out for the rest of the season on April 1.

“It was good experience. And I’ve said that about all of our young guys. Too often in this league, if you played for a lottery team, and you played bigger minutes for games that don’t mean anything, then that’s considered more experience than if you played less minutes on a team that’s fighting for their lives. But every time you have to play, you’re expected to produce.”

Spoelstra stressed how Napier produced in the limited amount of minutes he was given on a team that was fighting for a playoff spot for the entire season:

“There’s a lot more accountability for those minutes. Coming into the season, most rookies don’t have an opportunity to play. He did, was able to fill in and plug and really learn the league and how to be accountable to your minutes. I think it was a very good experience for a young guard.”

With Goran Dragic’s future in Miami remaining a question mark, the Heat will likely rely on Napier as a key rotation player for the 2015-16 season.
[xyz-ihs snippet=”Responsive-Ad”]