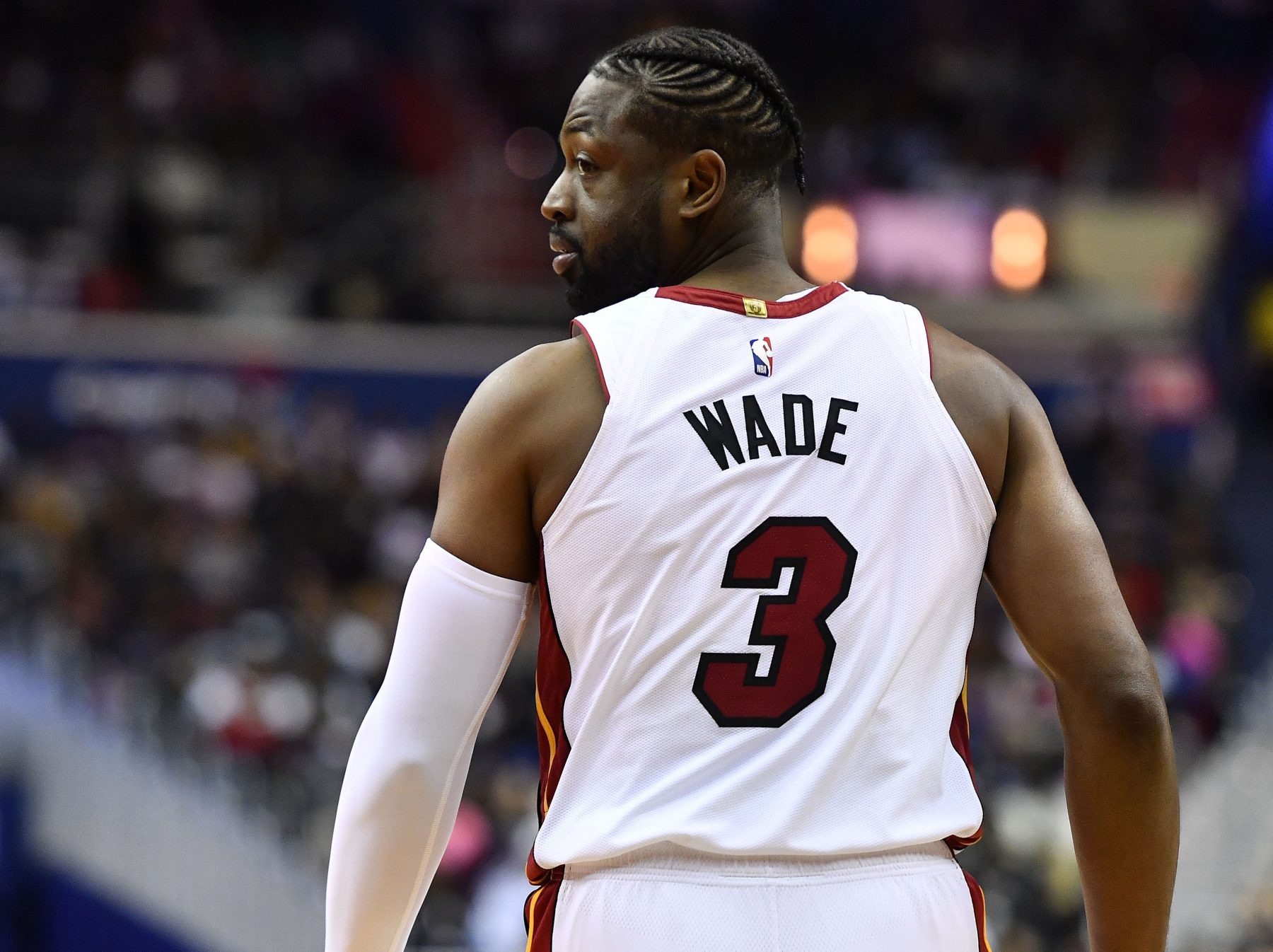 Miami Heat guard Dwyane Wade’s time in the NBA continues to wind down, though he’s still making effective contributions on the court. Following the Heat’s win over the Washington Wizards on Saturday, Wizards head coach Scott Brooks jokingly suggested that the Heat should be fined by the NBA for allowing Wade to retire at season’s end.

Scott Brooks on Dwyane Wade: "The NBA needs to fine the Miami Heat for allowing him to retire. … They should not allow him to retire. He's too good."

The reason for Brooks’ comments are because the 37-year-old Wade is averaging 14.3 points, 4.0 assists and 3.8 rebounds per game this season.

In addition, his three-point shooting percentage for the year is a career-high 32.7 percent, a number that clearly shows he can still contribute. In Saturday night’s win by the Heat over Brooks’ Wizards, Wade narrowly missed a double-double with 20 points and nine rebounds, while also dishing out five assists. Of those 20 points, 11 came during the final quarter.

Brooks has seen Wade deliver throughout his storied career, most notably during the 2012 NBA Finals, when Brooks was head coach for the Oklahoma City Thunder. In that five-game series, Wade averaged 22.6 points, 6.0 rebounds and 5.2 assists, while also making himself felt on the defensive side of the ball. On the defensive end, Wade averaged 1.4 steals and 1.2 blocks per game in the series.

Wade continues to be honored across the league for his 16 seasons of stellar play, which includes being a part of three NBA title teams with the Heat.

While Wade will surely be honored at American Airlines Arena at the close of the regular season, he’s currently more focused on making sure that his final year is extended into the postseason.
[xyz-ihs snippet=”HN-300×250-TextnImage”]