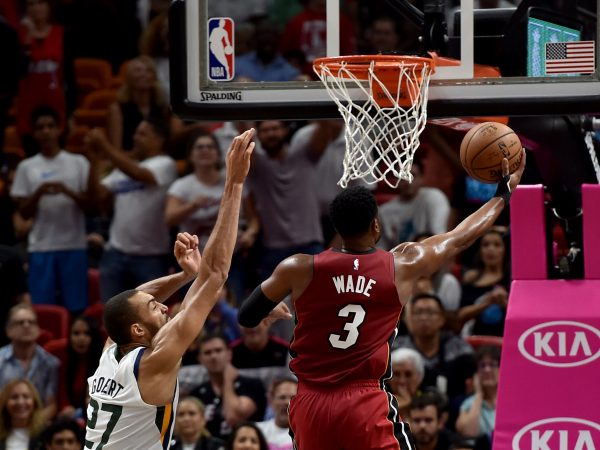 Dwyane Wade played hero in the Miami Heat’s victory over the Utah Jazz on Sunday when he was sent to the free-throw line with just 3.2 seconds left in the game to secure a 102-100 victory for his team.

While the Miami faithful celebrated the much-needed win, Utah Jazz big man Rudy Gobert, who committed the foul, had some pretty tough words for the game’s referees.

Rudy Gobert has some thoughts on the foul call that Mr. Wade got with 3.2 seconds left. pic.twitter.com/dlUjYBkEHK

For anyone watching the game, it seemed clear that Wade deserved his two shots at the line. Gobert may have gotten some of his hand on the ball, but he also used much of his 7-foot-1 frame to body Wade out of position. Regardless of how much time was left on the clock, the foul call was a legitimate one.

In the end, opinions do not matter. What does matter is that the Heat walked off the court with the victory. Hopefully, it is the first of many more in the month of December, as the Heat need to start tying wins together if they hope to compete for a playoff spot in the Eastern Conference.
[xyz-ihs snippet=”HN-300×250-TextnImage”]