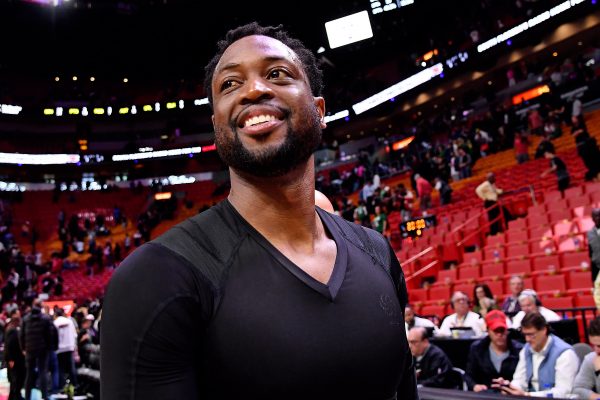 Chicago Bulls center Robin Lopez expects that Miami Heat guard Dwyane Wade will receive quite the welcome from fans on Saturday night when the two teams face off in Chicago.

Robin Lopez on ovation he expects Dwyane Wade to receive in his final game in Chicago tonight: "I think he's going to get a great one. He deserves it. He deserves a loud, raucous ovation."

This is the final regular season game in Chicago for Wade, who has stated that this season will be his last.

The two teams are not likely to meet in the postseason due to the Bulls’ current record of 10-35. The Heat, on the other hand, currently sit in seventh place in the Eastern Conference with a record of 21-22 and have a 73.2 percent probability of making the playoffs, according to basketballreference.com.

Wade and Lopez were teammates on the 2016-17 Bulls, helping lead the team to a 41-41 record. The team made the playoffs that season, where they lost in the first round to the Boston Celtics.

It will be interesting to see if the Chicago crowd does indeed give Wade the type of ovation that Lopez predicts.
[xyz-ihs snippet=”HN-300×250-TextnImage”]

dwyane wadeFeaturedmiami heatNews Tickerrobin lopez
← Previous Story Dwyane Wade Explains Why He Was ‘Very Angry’ No Foul Was Called on Last Shot vs. Pistons
Next Story → NBA Hall of Famer Says Dwyane Wade Is Greatest Player to Come From Chicago