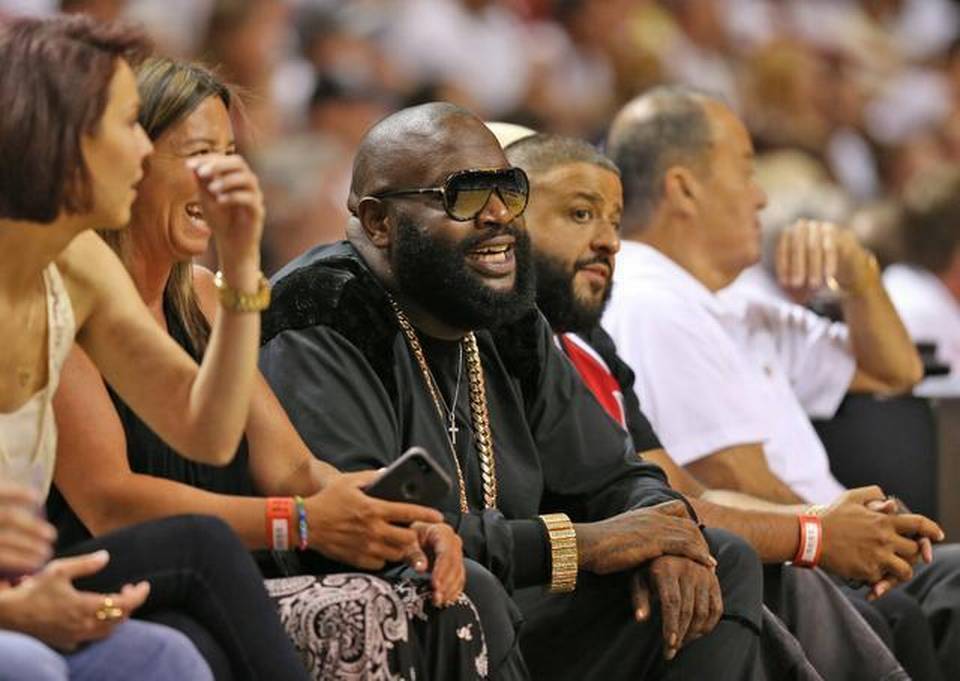 According to a recent interview with HOT97’s Funk Flex, Miami native and Maybach Music Group rapper Rick Ross has stated that the Miami Heat will finish with a better record than LeBron James‘ Cleveland Cavaliers this year.

“We most definitely finishing better than the Cavaliers. I’ll put a 100 grand on that.”

Ross also stated that the Heat are going to be more balanced this year without James because although he’s “one of the greatest if not the greatest ever,” he also “brings a lot of baggage.”

When asked about his initial reaction to James’ departure, Ross stated that he was upset and confused when he heard the news and that he would have “never” returned to Cleveland if he were LeBron.

Ricky Rozay sure has a case at this point in the season as the Heat are currently 4th in the Eastern conference with a 5-3 record, while the Cavs sit at the 7th spot with a 3-3 record.

Question is, are you willing to take Ross up on that offer?