Report: NBA to Make Huge Changes to All-Star Game for 2018, Won’t Be East vs. West 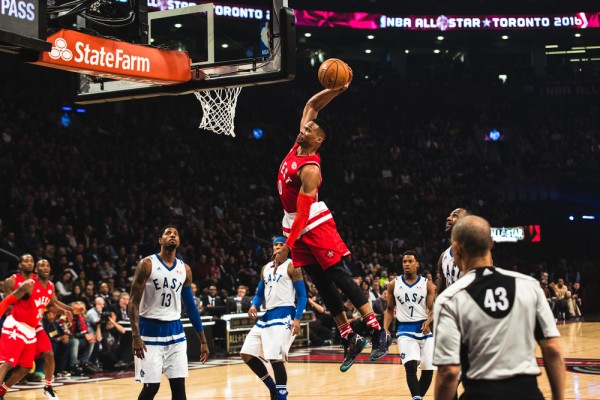 On Tuesday, the NBA announced big changes to the format of the 2018 NBA All-Star Game.

According to Bleacher Report senior NBA writer Howard Beck, this year’s All-Star Game will not be Eastern Conference versus Western Conference, but will instead feature two teams picked by team captains. In addition, the two teams will be playing for charity, which will undoubtedly incentivize the game.

BIG changes for NBA All-Star in 2018:
1. Team captains will choose their own rosters (no more East vs West)
2. Teams will play for charity

To increase stakes/incentive to win, each team will pick a charity to play for. (As someone who advocated this, I'm loudly applauding.)

Beck expanded on the announcement, explaining how the two team captains will be chosen:

Captains = highest vote-getter (by fans) in each conf. They will take turns picking: starters from starters pool/reserves from reserves pool

He also revealed how the pool of players that captains will choose from will be selected as well:

ASG starters will still be selected by vote of fans/media/players, and reserves by coaches. That becomes pool for captains to draft from.

This is an exciting development that certainly adds an interesting wrinkle to the game. Captains will have to choose a team that is not only talented, but a team that can win together as well. Additionally, it will give the game’s biggest starts an opportunity to face off against their teammates and pair up with players they are typically trying to beat.

Voting for the All-Star Game is quite a distance away, with polls opening on Christmas Day. Still, it gives NBA fans one more thing to look forward to in what will certainly be another fantastic season of basketball.
[xyz-ihs snippet=”Responsive-ImagenText”]