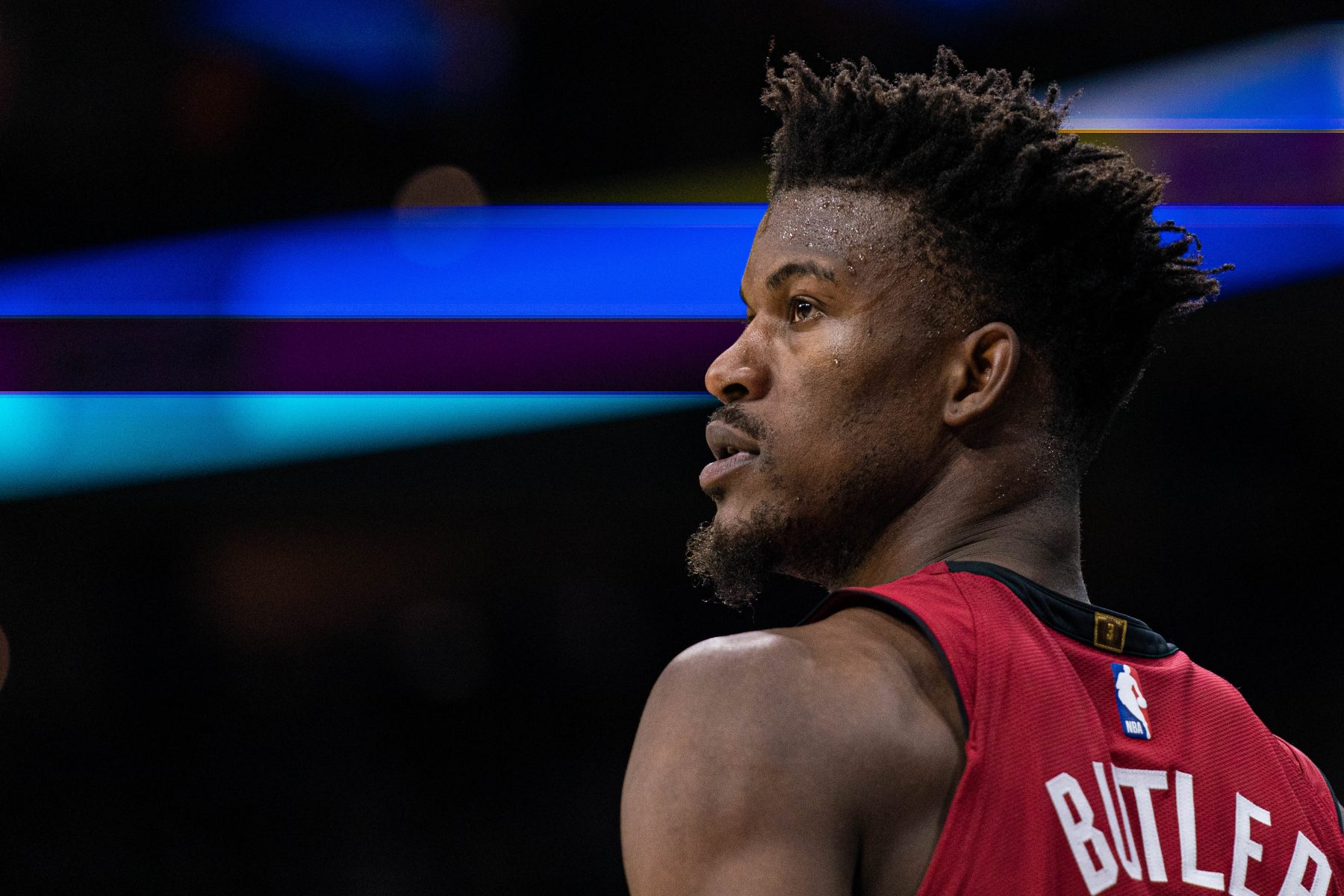 The NBA saw Miami Heat All-Star Jimmy Butler take his game to the next level in the 2020 NBA Finals.

Yet, one scout told Ira Winderman of the Sun Sentinel that Butler has no more upside.

“He has no more upside. He can only go down. I’d say a 4,” the scout ranked Butler on a scale from 1 to 10 with one meaning there’s no more upside and 10 meaning there’s still unlimited untapped potential. “I’d be shocked if he does more, but that’s also because he reached his ultimate potential last season. More? I’d be surprised.”

Butler, 31, is entering his second season in Miami.

Last season, he collected 19.9 points on top of career-highs of 6.7 rebounds and 6.0 assists per contest. He made the All-Star team and an All-NBA team last season.

In addition, Butler led the Heat to the 2020 NBA Finals. The Heat faced the overpowering Los Angeles Lakers in the title series without prime production from stars Goran Dragic and Bam Adebayo.

Still, Butler willed the Heat to a pair of victories.

As a matter of fact, the veteran put up 40 points, 13 assists, 11 boards, two blocks and two steals in the Heat’s Game 3 win over the Lakers. The Heat didn’t have the services of Adebayo and Dragic in that epic contest.