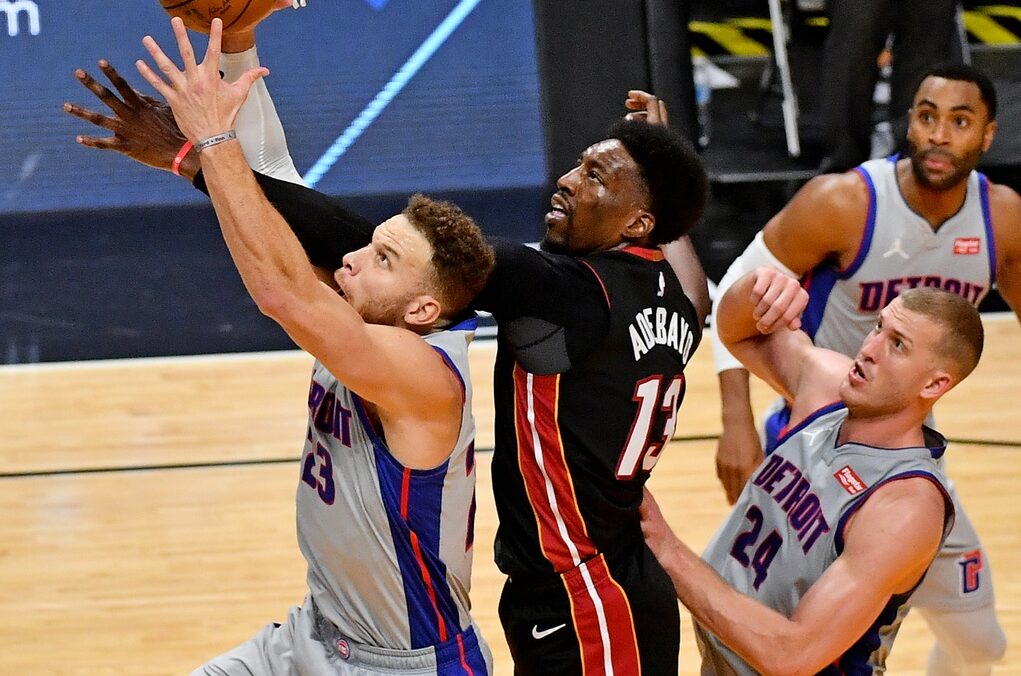 There’s no question the struggling Miami Heat need to bolster their roster.

Fortunately, oddsmakers are giving the Heat the best chance to land Detroit Pistons star Blake Griffin if he ends up being traded.

Odds for Blake Griffin’s next team if traded:

Griffin, 31, is much better off on a title contender than a lottery team at this stage of his career. The Pistons have the second-worst record in the league.

While the Heat competed in the NBA Finals last season, they have tumbled out of the playoff picture this season. The Heat hold an 11-16 record and are the No. 10 seed in the Eastern Conference.

As for Griffin, he’s not playing at his prime potential anymore. The veteran is putting up a career-low 12.3 points along with 5.2 rebounds and 3.9 assists per game this season.

Nonetheless, the Heat could turn around the former All-Star’s career. He could also help fuel the Heat as they push toward the playoffs.

Griffin, who is in the midst of a five-year, $171 million contract, is signed through the end of 2021-22 season. The Pistons may have to include a young player or draft compensation in order to move Griffin’s gargantuan deal.