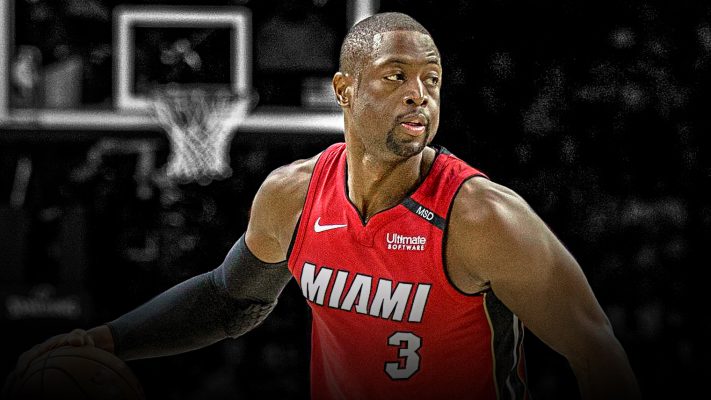 With training camp set to begin in just a couple weeks, Miami Heat guard Dwyane Wade has yet to make a decision on his playing future.

The 36-year-old is weighing retirement versus returning to the Heat for one more season. While Heat fans would love to see the legend to play a full season, there are some blurs Wade would want to get clarified first, per Greg Cote of the Miami Herald:

“I am also told by representatives of the club and of the player that Wade being comfortable with his role is critical. He returned last midseason in a bench role, a reserve in all 21 games. He also came off the bench in all five playoffs games. (It would have been four playoff games, but Wade scored 28 points in 26 minutes to give Miami its only postseason win, reminding us what he still is capable of at least in bursts).”

Although the veteran is pondering retirement, he still has a ton to offer on the court. Just because Wade is in the finals stages of his career doesn’t mean he wants to sit on the bench and rarely play. Last season, the 6-foot-4 shooting guard put up 12.0 points and 3.4 rebounds with the Heat, solid numbers for someone off the bench. During the second leg of the regular season, Wade hit game-winners, played solid defense and pumped energy into the offense.

Yet, his best work came in the postseason against the Philadelphia 76ers. Wade was the team’s second leading scorer with 16.6 points a game. While the Heat lost in five games, Wade led the Heat to their only win of the series. In Game 2 on the road, the former NBA Finals MVP led the Heat with 28 points, seven rebounds and two steals on a superb 68 percent shooting from the field.

All of last year’s playoff work point to Wade still being productive on the court. As Cote mentions, the Heat icon isn’t fighting to start but he still still wants to see some action:

“I have not been told Wade would demand to start. But does he see himself good for more than 25 minutes a game? He mentioned recently that he embraces a mentor’s role for the club’s many young guys still developing, ‘but you also want to play,’ he added. A significant addendum, I thought.”

Regardless of what Wade decides, Heat Nation will be extremely grateful for the time they had with the legend last season.
[xyz-ihs snippet=”HN-300×250-TextnImage”]