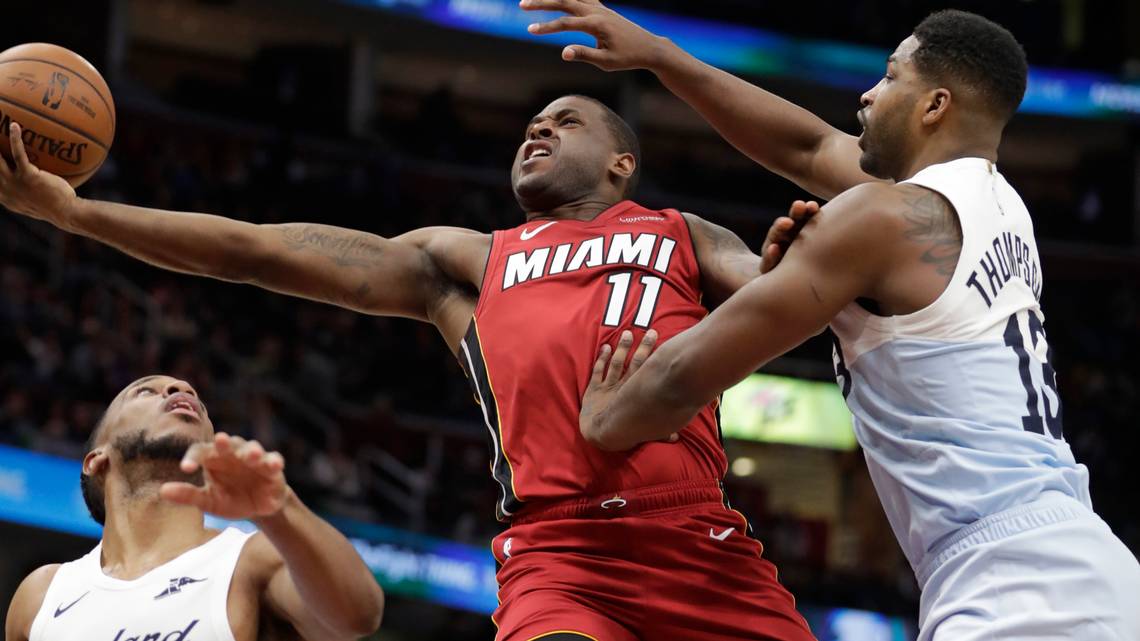 Despite having had an extended rehabilitation for his injured ankle, Miami Heat guard Dion Waiters indicated that the issue of soreness with the ankle hasn’t completely disappeared.

However, the seventh-year veteran doesn’t appear to be all that concerned, citing what doctors had told him during the lengthy process.

Waiters underwent season-ending surgery last January after the nagging problem, which first began in March 2017, was getting no better.

The expected time frame to return to the court was between eight to 10 months, but complications delayed that return until the Heat’s Jan. 2 game in Cleveland. He spoke about his current situation:

“After games, it gets a little sore. But you find ways to navigate around that. You ice it. Tons and tons of ice. You try to manage it as best as possible. We knew coming in it would be like this for a while. It’s about managing it, staying off my feet. It’s a strange feeling. Sometimes takes awhile to loosen up. It aches sometimes. It’s getting better. Just keep doing what I’m doing, get a lot of work done to it.”

That careful approach was recommended by his doctors, according to Waiters, who indicated that getting back to 100 percent will take until at least late in the regular season:

“[Doctors] say I will feel like myself after a couple months, who knows, going into summer time. I won’t be pain-free, but if it’s manageable, I can deal with it. Just make sure I keep my eye on it, take care of it, ice it.”

The Heat are slowly easing Waiters back into the lineup, with head coach Erik Spoelstra sitting him for two games after he played 11 minutes in that Cleveland contest, scoring seven points, dishing out three assists and grabbing two rebounds. He returned in Tuesday night’s home loss to Denver, playing 25 minutes while scoring 15 points and handing out four assists.

Waiters’ presence in the lineup will be vital as the season goes along, with the Heat hoping to build momentum for the postseason. In each of the last two years, he’s been unavailable at the end of the regular season, which has seen Miami narrowly miss a playoff berth in 2017 and drop a first-round series in five games last year.
[xyz-ihs snippet=”HN-300×250-TextnImage”]