Report: Chris Bosh Believes He Should Be Medically Cleared to Play 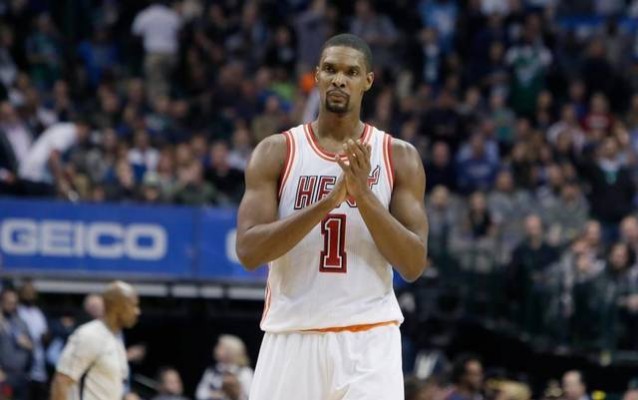 The playing status of Miami Heat forward Chris Bosh again appears to be dependent upon whether or not he’ll have to take blood thinners in order to avoid the blood clots that have abruptly ended the veteran’s last two seasons.

Barry Jackson of the Miami Herald wrote about his discussions with two South Florida doctors, discussing both the potential threats to Bosh’s health and whether they would choose to clear him to play if they were in that position. Bosh has indicated that his new medication would be out of his system between eight to 12 hours after he takes it, which would conceivably allow him to play.

Dr. Robert Myerburg, a cardiology expert at UHealth, indicated that a conditioned athlete could potentially have a better chance to avoid problems.

“Someone who has had a second clot is more likely to have another, but the specific circumstances of an athlete might be different,” said Myerburg. “If you take the total population of people who have had this thing, once you had a second, you’re at risk for a third. But that doesn’t get into the issue of how a subgroup (such as pro athletes) may behave because of things that make them more prone for blood clots.”

Dr. Myerburg elaborated on the subject, saying that because Bosh isn’t genetically predisposed to develop clots, taking blood thinners doesn’t need to be an option. However, he indicated that it would still be a tough decision and that he’s only aware of Bosh’s medical situation through media reports.

“Once you’re off the thinners and the clot is gone, there is no negative for him to play,” Myerburg said. “If he develops symptoms in the future and gets on blood thinner therapy quickly, I wouldn’t call that life threatening because he will be ahead of the game.

“(But) the debate in the medical community is because he’s on, should he be on permanent (blood thinners)? That’s a tough call. The data just isn’t there to say he absolutely should or shouldn’t. It becomes a judgment issue. So if there is no predisposing factors other than trauma induced, that’s a judgment issue about whether to play.”

Dr. Brett Levine of Clearwater was even more upbeat, saying that preventative maintenance was a definite option.

“Without blood thinners, yes I think he could play next season,” said Levine. “In my opinion you just hope this was an unlucky coincidence and you take precautionary, non-invasive measures to make it less likely for him to get a clot again. These include simple things like walking during long flights and perhaps at night have him wear a sequential compression device, a device they use in hospitals to prevent blood clots by applying intermittent pressure to the legs. Perhaps even do periodic Ultrasounds to scan for clots which is also not invasive.”

Bosh has been adamant about wanting to resume his career, but the Heat has been reluctant to take the risk of having him potentially endangering his life. Team president Pat Riley stated that the team’s final decision will take place prior to the start of training camp.

That stance has angered some of Bosh’s associates, who claim that the Heat’s final decision will be based more on the effect on the team’s salary cap than the overall health of Bosh. In a worst-case scenario, Bosh could file a grievance with the players association if the team chooses not to let him resume playing.
[xyz-ihs snippet=”Responsive-ImagenText”]